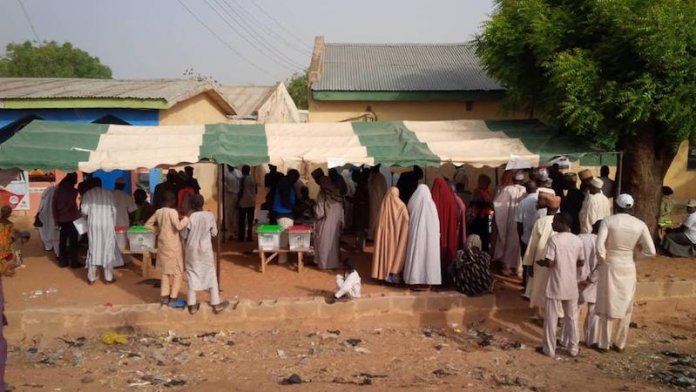 While the Independent National Electoral Commission (INEC) made good its promise as polling units opened as early as 8 a.m, voters’ turnout was not encouraging as the people of Jigawa state elect governor and atate House of Assembly members that would serve them for another four years.

Polling units visited so far by THISDAY showed that the turnout of voters was not overwhelming as expected.

In Kasarau ward, polling unit 006 in Dutse, the state capital, while the voting process is relatively peaceful, there were few people on the queue who are out to cast their votes.

The story was not different in Bokoto ward, Polling unit 13 also in Dutse. Though voters conducted themselves in peaceful manner.

Party agents are also on ground to protect the interests of their parties, including the ruling All Progressives Congress and the main opposition party, the Peoples Democratic Party (PDP).