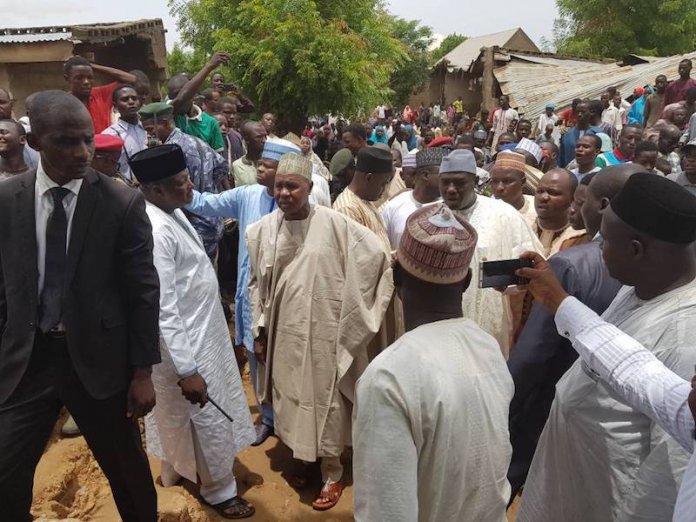 The governorship candidate of the All Progressives Congress (APC) and incumbent Governor of Katsina State, Aminu Bello Masari, has accused the Peoples Democratic Party (PDP) of vote buying during the governorship and state Assembly election in the state.

Masari could not disclose the polling units where the scenario occurred, but said he had reported the development to security agencies in the state for prompt intervention.

However, the PDP had refuted the allegation, adding that it is the ruling party in the state that inroduced vote buying at both state and national levels.

Addressing journalists at his hometown, Masari, in Kafur Local Government Area of the state, the governor said the main opposition party, which has been accusing APC of vote buying, allowed its supporters to carry out the electoral offence in some parts of the state.

“Those who are accusing people of buying votes are the ones buying votes in polling stations. Even here in Kafur, we have recorded two or three places where they are trying to buy votes.

The governor said that he could not use the peaceful and orderly conduct of the elections at his polling booth to conclude that the election in the state has been free, credible and fair.

He however applauded the Independent National Electoral Commission (INEC), which he said has improved on the effectiveness of the card readers, compared to the last Presidential and National Assembly elections.

According to him, “So far there is no report of card readers’ failure, but I don’t have 100 per cent of the reports, probably in some other locations especially those frontline local governments anything can happen.”

Asked if he would concede defeat if he loses, the Katsina State governor said: “The result of the election will not be against me.”

Reacting to the allegation of vote buying made by the governor in a telephone interview, the state Chairman and deputy governorship candidate of PDP, Salisu Yusuf Magijiri, debunked the claim, saying PDP remained the only credible political party in Nigeria.