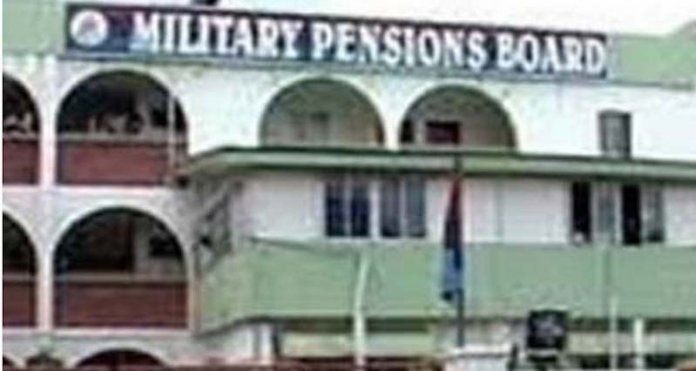 Following complaints over shortfall in the payment of pensions to retirees, the Military Pensions Board (MPB) yesterday said it had commenced the payment of newly approved Revised Gross Consolidated Armed Forces Salary Structure (CONAFSS).

The payment is coming after it corrected the shortfall in the January payment, which it attributed to “system migration”.

In the same vein, the Nigerian Security and Civil Defence Corps (NSCDC) has explained the shortfall in the payment of election duty allowance of N15,000 to members of staff who participated in the presidential and National Assembly elections that took place last Saturday.

The military board said it commenced the new payment structure after it noticed that some retirees were short-paid, prompting a stakeholders’ meeting where the matter was resolved.

“The fact is that the Military Pensions Board has commenced the payment of the newly-approved Revised Gross consolidated Armed Forces Salary Structure (CONAFSS) for pension purposes by the federal government.

“The implementation took effect on January 2019 for payment of pensions and gratuity to retirees of the Nigerian Armed Forces and death benefits to the next-of- kin of deceased personnel. Before commencement of the payment, leaders of various veterans’ bodies were properly enlightened on the process.

“Also after the January payment, due to system migration to the new platform, some individuals were short-paid and upon noticing that, stakeholders’ meeting was called by the board Chairman, Major General AB Adamu and explanation was given on the issue. The good news is that during the payment of February pension, the discrepancy was corrected and their arrears of January payment was also paid.

“The board has commenced the payment of gratuity arrears based on the new scale and has also paid all the arrears of death benefits of processed files as regards to the new scale. All the process and procedures for this implementation has been communicated to retirees and next -of- kin of deceased personnel through various means,” a statement signed by the spokesman of the board, Flight Lieutenant Obasi Okorafor, said.

Meanwhile, the NCDSC said the shortfall in the payment of election duty allowance of N15,000 to personnel deployed to monitor the election was occasioned by loans obtained by some of the staff, which was deducted at source by Access Bank.

“Before the commencement of the election, the Commandant General of the Corps, Abdullahi Gana Mohammadu, informed the personnel deployed for the monitoring of the elections that N15, 000.00 would be paid to every officer and men that participated in the election monitoring across board, and the money was paid few hours before the elections.

“However, some of the personnel received less than the N15, 000.00. The discrepancy came as a result of the Access Bank Pay Day Loan earlier collected by the majority of the personnel, which was deducted by the bank as soon as the money entered their accounts, even though some of them claimed ignorant of the loan.

“The commandant general has also asked those short paid without collecting loans from the bank to come up with proofs and the balance will be paid to them, a statement from the corps said.