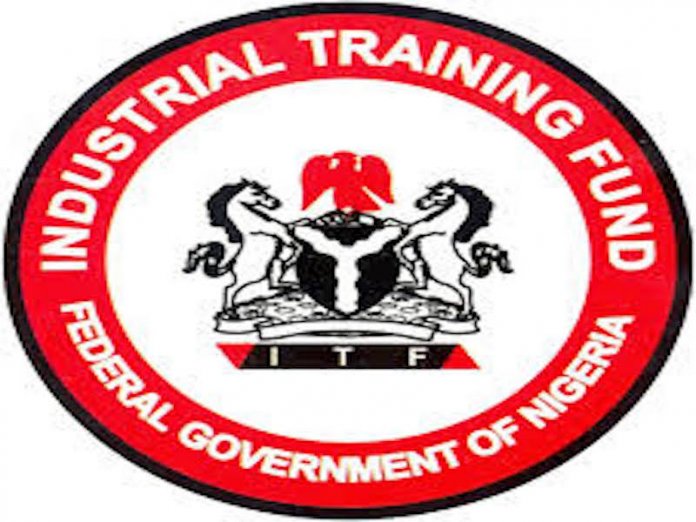 The Industrial Training Fund (ITF) said it has trained over 450,000 Nigerians on various skills in the past three years.
The fund also said it has commenced the implementation of its information technology skills empowerment programme in six states of the federation. The states are Imo, Bauchi, Plateau, Kaduna, Ondo and Cross Rivers.

The Director General of ITF, Mr Joseph Ari, disclosed this recently, during an interactive session he had with journalists in Jos, Plateau state.
He said: “The management of ITF in 2016 unveiled one of its most ambitious plans since establishment tagged the” ITF reviewed vision: Strategies for mandate actualisation.” The six-year plan was divided into quick wins, short, medium and long term.

The implementation of the plan commenced in 2016 and would terminate in 2022.
“The overriding objectives of the plan was to accelerate he importation of technical vocational skills to Nigerians.
“More than two years into its implementation, I am happy to announce to you that it has exceeded expectations by training over 450,000 Nigerians who are today earning sustainable livelihood as paid employees or as entrepreneurs that are employing others,” he said.
Ari added that, “The beneficiaries across the country were equipped with skills in trades and vocations such as welding and fabrication, tailoring and fashion designing, event management and poultry farming among others.”

The Director General explained that it was in other to accommodate more Nigerians that the Fund decided to introduce new programmes in the area of information technology which he said was already being implemented in seven states
He added: “As an indication of our tempo this year, we have commenced the implementation of an information and communication programme.
“The programme is designed to equip Nigerian youths with the needed technology and information skills for job creation.”

Ari, also stressed that with the growing number of unemployment in the country, skill acquisition remains the best option at addressing the problem.

He called on the state government and other stakeholders to join hands with the ITF in its efforts at job creation and poverty reduction in the country by sponsoring beneficiaries into its programmes and activities.

Established in 1971, the Industrial Training Fund has operated consistently and painstakingly within the context of its enabling laws Decree 47 of 1971 as Amended in the 2011 ITF ACT. The objective for which the Fund was established has been pursued vigorously and efficaciously. In the four decades of its existence, the ITF has not only raised training consciousness in the economy, but has also helped in generating a corps of skilled indigenous manpower which has been manning and managing various sectors of the national economy.

Over the years, pursuant to its statutory responsibility, the ITF has expanded its structures, developed training programmes, reviewed its strategies, operations and services in order to meet the expanding, and changing demands for skilled manpower in the economy.