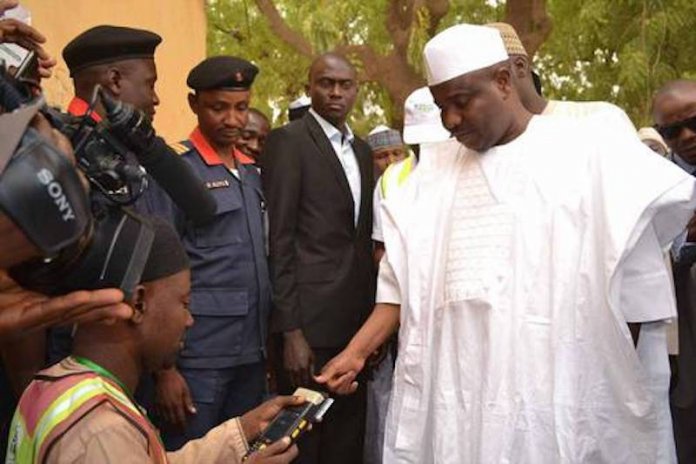 The Governor of Sokoto State, Hon. Aminu Waziri Tambuwal, has commended the Independent National Electoral Commission (INEC) and voters for the peaceful conduct of the presidential and National Assembly elections.

Tambuwal gave the commendation when he cast his vote at Tambuwal town in Tambuwal Local Government of the state.

“So far, we have not recorded hitches yet the umpire needs to be commended,” he said.

The governor was also impressed by the turnout of voters which he attributed to political enlightenment.

Tambuwal, who is the Peoples Democratic Party (PDP) presidential campaign coordinator in the North-west zone was optimistic that his party would come out victorious.

On his part, the senator representing Sokoto North senatorial district and a former governor of Sokoto State, Senator Aliyu Wamakko, was satisfied with the level of voter turnout.

Wamakko, who spoke to journalists after casting his vote at Gidan Jaoje polling unit in Wamakko town, said he was impressed with the way the voters conducted themselves.

“I am happy things are going accordingly as planned. The turnout was massive,” he said.