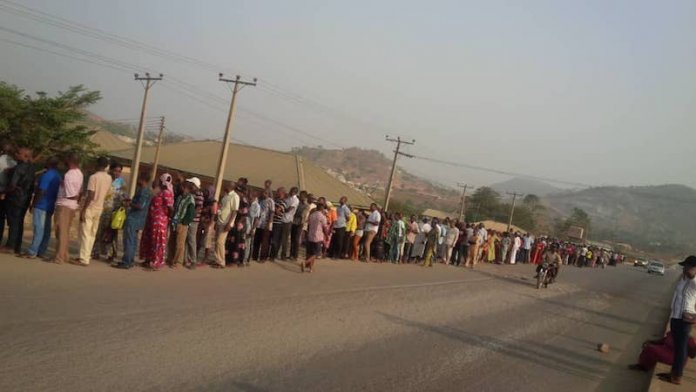 Contrary to fears that there may be voter apathy due to the postponement of elections last week, there was massive voter turnout in the nation’s capital on Saturday.

At polling Unity 003 at LEA Primary School, Dutse Sagwari, the turnout was massive and the electoral officers had to give numbers to voters so as to ensure orderly conduct.

Voters came out early enough even before the arrival of electoral officials.

Though, voting was yet to start at polling unit 003 at the time of filing this report, everywhere was calm and the security personnel were on ground to ensure law and order.

APC AND THE ELECTORAL ACT FIASCO