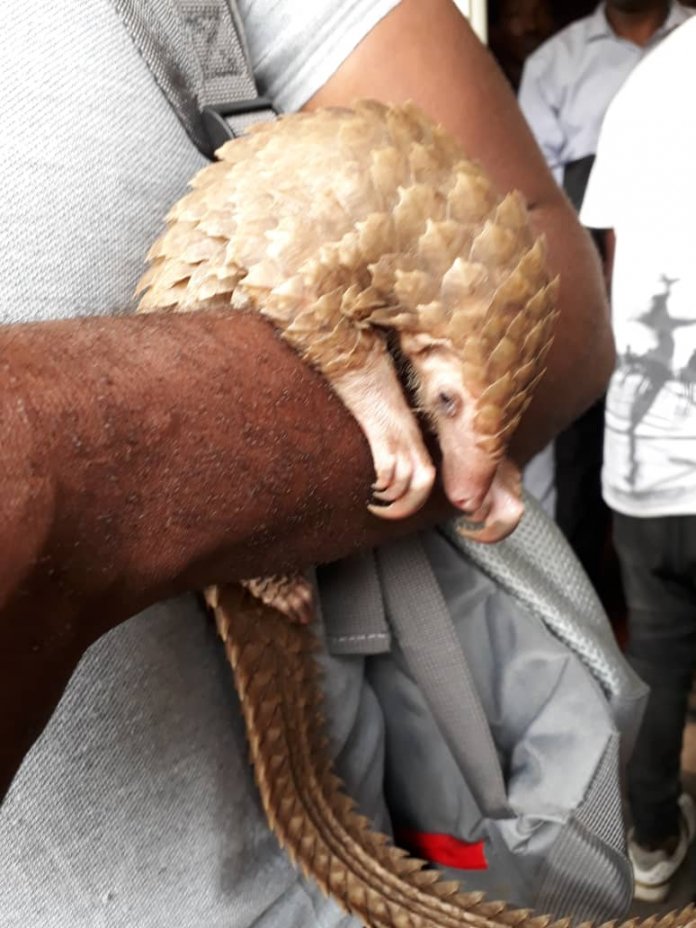 The Nigerian Customs Service, Federal Operating Unit, Zone A, has revealed that Nigeria had the highest seizure of Pangolin in the world.

This report was presented by the Assistant Comptroller Mutalib, a guest speaker at the just concluded Pangolin Commemoration Day, tagged Pangolins and Politics.

Pangolins are the most traded mammals in the world, classified as endangered species, with Nigeria leading in the poaching business, Mutalib said.

He stated that Pangolin is an expensive delicacy in China and South Asia, the scales are believed to cure diseases like cancer, boost the production of breast milk, etc., and so the high demand for it from African countries.

On the average, the price for Pangolin scales per kilogram in the regular market is around $3,000, and $15,000 in the black market. Pangolin meat goes for $300 per kilogram, and $100 for a life Pangolin, Mutalib said.

He stated that averagely between 10,000 and 100,000 Pangolins are poached annually, driving this species of mammals into extinction.

He stated that one of the major challenges faced in saving these pangolins are serious attacks on Custom officers, as a result of stiff resistance put up by the poachers, thereby putting the lives of officers at risk.

There is poor or no reward system for the officers who risked their lives in saving the environment. They ought to be commended, as failure to do this can dampen the enthusiasm of officers saddled with this tasking assignment, he said.

The Judiciary are not helping matters in this regards as culprits are later seen working freely in the community, and continue with their nefarious activities. This is a major setback on the efforts of the Customs officers to save the environment, he said.

The Science and Politics of Pangolin conservation was discussed by the Founder and Director, Pangolin Conservation for the US, Mr Justin Miller, who was also a speaker at the event.

Miller stated that Pangolins were initially declared extinct in Africa in the early 1900s as farmers killed these animals, which were said to destroy farm produce, hunting purposes and feeding. Conservation efforts tried in saving what was left, to prevent extinction.

Dr Olajumoke Morenikeji from the University of Ibadan, discussed the role of Stakeholders in Pangolin conservation and protection in Nigeria.

She stated that Pangolins provide the earth with all natural pest control, as a single pangolin can consume up to 70 million insects in a year and also fantastic tenders of soil.

Their mere presence with that of other organisms and processes within the habitat, the live encouraged a continued healthy ecosystem function, she said.

The need to actively and aggressively conserve the animals stems from the fact that it is the most illegally trafficked mammal, due to the increasing demand for their meat and scales. It’s consumption in exquisite restaurants shows affluence, she stated.

This high demand is causing unsustainable level of poaching and illegal trade. This is gradually driving the pangolins to extinction, she said.