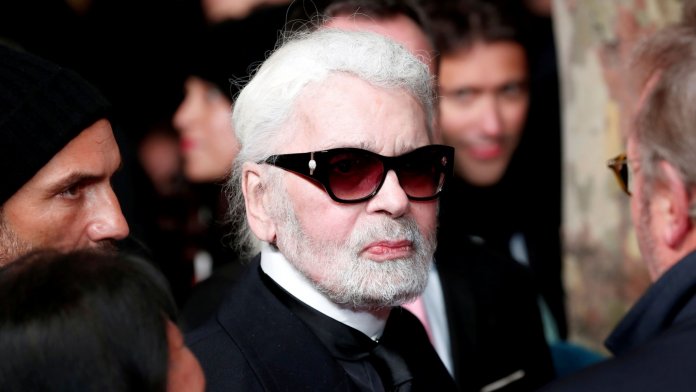 Karl Lagerfeld, a German-born couturier whose reinvention of the luxury fashion house Chanel made him one of the most well-known and influential fashion designers of the late-20th century, died Tuesday, the Associated Press reported. He had long shrouded his age but was reported to be around 85, the AP said.

With his crystal white ponytail and dark sunglasses, Mr. Lagerfeld was an instantly recognizable fixture in the orbit of fashion and popular culture.

Often called Kaiser Karl among peers and the fashion news media, he was the creative force behind some of his industry’s most recognizable and profitable luxury brands. Most recently, he served simultaneously as head designer of Chanel, the Italian fashion house Fendi and his own eponymous brand.

Despite being almost twice the age of his fashion competitors in recent decades, he continued to produce collection after collection for his various labels — sometimes more than 15 times annually. It was an exceedingly demanding output, and he drew mostly favorable reviews.(Washington Post)