The decision of the Independent National Electoral Commission (INEC) to postpone the presidential and National Assembly elections earlier scheduled for yesterday will cost businesses in the country about $7.605 billion (N2.737 trillion). The amount is about two per cent of the country’s Gross Domestic Product (GDP), which is approximately $427 billion.

Some states had declared Friday a work-free day, which has clear economic implications. In addition, many businesses and financial institutions also operated half-day last Friday because of the elections, just as the three tiers of government deployed their personnel to special assignments in relation to the elections.
More so, university lecturers as well as international observers had been deployed to states, lodged in hotels, ready for deployment to the polling centres. All these have dire cost implications for the economy.

Speaking in a telephone chat with THISDAY yesterday, Chief Executive of the Financial Derivatives Company Limited, Mr. Bismarck Rewane, listed the costs associated with the postponement of the elections to include direct cost, disruption cost, opportunity cost, consequential cost, and reputational cost.

Rewane explained: “With Nigeria’s GDP at about $427 billion, divide that by 365 days, you will get the GDP per day of $1.170 billion.
“So, the fact that everybody stopped work today (Saturday), there is a direct cost of $1.170 billion. Then, there is the disruption cost.
“Disruption cost is that you multiply the daily cost by three. That is because if I had booked a wedding today and now I have to shift the date again. So, that is $1.170 billion multiplied by three.

“Then, there is what is called the opportunity cost. That is, the things people would have done today, which is about 50 per cent of the direct cost. Then, there is what is called the consequential cost, which is usually twice the direct cost. “That is a total of almost $8 billion, which is about two per cent of Nigeria’s GDP.”
Furthermore, he identified reputational cost, which according to him, could not be quantified. This has to do with the damage the election postponement would have done to the country’s reputation considering, especially from the perspective of foreign investors and the foreign election observers.

“We have investors that have made their projections about this election and they never factored in this postponement,” he said, just as he expressed disappointment over the development.
According to Rewane, “Normally, if you have a project, you ought to be reviewing it every day. So, the fact that they (INEC) knew and announced the postponement five hours to the election, shows total lack of preparedness and it is disappointing.

“But the hope is that what they haven’t achieved in four years, we can achieve in seven days. Our hope is that they would do something dramatic.
“Remember that in 2015, the outcome was more important than the process, but in 2019, the process is more important than the outcome. Therefore, if for any reason, what you have done is to jeopardise the process, it only makes the fact that there is going to be a contest by all aggrieved parties after the election.
“So, the costs are mounting and the clock is ticking and we hope the clock is not a time bomb.”

Airlines count loses
Major Nigerian airlines, Air Peace, Arik Air, and Dana Air, cancelled a total of 145 flights with a projected revenue loss of about N290, 000, 000 on Saturday, due to the sudden postponement of the elections.
The airlines decried the situation the announcement of the poll postponement had put them, saying it did not give them any chance to prepare to operate some flights later in the day.
THISDAY learnt that airlines earn about N2 million revenue from high load factor of a Boing B737 for one hour flight, which could be higher, depending on destination. So, the airlines which largely operate medium size aircraft for their domestic flights lost that revenue in addition to the fact that they would still pay their crew and other services for the day they did not work.

Corporate Communications Manager of Air Peace, Chris Iwarah, told THISDAY that the airline cancelled about 90 flights, including domestic and regional services. He said what was most painful about the cancellation was that the same number of flights would be cancelled next Saturday and the airlines were obliged to refund their passengers 100 per cent of their fares, despite the fact that banks have collected their commissions on the payment.
Iwarah said, “We cancelled about 90 flights today. This is a huge loss to our operations, but we take it as sacrifice for the stability of the country, but the sacrifice amounted to nothing when the election was cancelled.

“Our customers will come for refund and we will pay them their fare 100 per cent despite the fact that banks have taken their commission and next week we will do the same thing. We sent messages to all out customers about the cancellation and directed our offices in the town to remain closed for security reasons.”
He stated that the effect of the cancellation would not be felt for one day, but would continue to recur for the next six months. According to him, if the announcement of the postponement had come earlier, the airline would have adjusted its schedule and operated some flights.

Spokesman of Arik Air, Adebanji Ola, who spoke in the same vein, said the airline cancelled about 45 flights and noted that although five days before Saturday, Arik Air had notified its customers about the cancellation of Saturday flights, passengers still bought tickets because ticket purchase was already in the system. He regretted that similar cancellation would be done next Saturday and March 9, 2019, which would be a huge loss for the airline.
On his part, Head of Communications at Dana Air, Kingsley Ezenwa, told THISDAY that the airline cancelled about 10 flights but expressed the hope that it would operate Lagos-Abuja and Lagos-Port Harcourt in the evening of Saturday.

Director General, Lagos Chamber of Commerce and Industry, Mr. Muda Yusuf, argued that the postponement had implications for confidence in the electoral process. Yusuf stated, “The trouble was that the notice of postponement came too late to allow economic players to make alternative use of their time.
“It was a major disruption to economic activities in the country. Borders were shut, schools were closed, ports were shut – all these have implications for operating costs.
“In the maritime sector, importers will bear additional demurrage cost because of the longer cargo dwell time at the ports.

“The cost to the nation’s treasury of the election rescheduling will be almost double as a large part of processes will be repeated in a week’s time.”
His counterpart at the Nigeria Employers Consultative Association (NECA), Mr. Tim Olawale, noted that the salient questions arising from this shift were numerous. According to him, companies closed early or declared holiday last Friday, which also had its cost implication.

He stated, “Businesses are still grappling with the costing of the loss. There is also production exigency that demands staff working on Saturday on the assumption that there would be election.
“These had led to irreversible commitment by management to pay overtime and in some cases double the normal rate.
“And of course there is the massive disruption in logistic flows. Reservations in hospitality firms were cancelled with great loss and in some instances rescheduled for the days newly announced for the elections.

“This will necessitate fresh cancellations of bookings with attendant losses,” he explained.
Similarly, Majority of stock market stakeholders said the sudden postponement of the elections would impact negatively on the market and have dire consequences for investment decision.
Political risk due to the 2019 elections and other factors had led to the market to decline 17.8 per cent in 2018. While the investors adopted a wait and see attitude in January which further depressed the market, patronage was increased in the month February as most investors shrugged off the election jitters.

This led to a gain of over N712 billion by the market.
However, the postponement would extend the uncertainties and concerns of political risks in the market.
Chairman of Association of Stockbroking Houses of Nigeria (ASHON), Partick Ezeagu, said uncertainty was the greatest phobia that afflicted any market and even more applicable to the capital that is very sensitive to uncertainty in the political fate of a sovereignty.

“For the capital market in Nigeria, the delay in the conduct of election and the fact that it happened less than six hours before the election was to commence. Investors will react negatively unless a very credible reason is adduced and effectively disseminated urgently,” Ezeagu said.
To Group Chief Executive Officer of Emerging Africa Capital Group, Mrs. Toyin Sanni, the postponement would definitely have some impact on the market. According to her, the development has lengthened the waiting time for investors who had already adopted wait and see approach to prospects of investing in Nigeria.

“In investments, the longer the waiting time for any outcome, the higher the perception of risk. Also, the postponement indicates that we may not as a country have all our act all together thus increasing concerns about the possibility of the election process being smooth and hitch free,” she said.

Sanni added that the development could also raise, in some quarters, fears that the process itself may be manipulated.
“Anything that reduces the perception of transparency affects our attractiveness and credibility and investment destination,” she said.
Another stockbroker, Mr. David Adonri of Highcap Securities Limited, said, “Every sector of the economy including the capital market will be disastrously affected. It will further erode investors’ confidence, which is already at a low ebb.”

Similarly, Mr. Sola Oni of Sofunix Investment, said the postponement was a sad commentary, adding that it would deepen Nigeria’s political risk with dire consequences for investment decision.
Oni stated, “The shock caused by the announcement may jolt foreign portfolio investors who have been apprehensive of the presidential election. It is not unlikely that trading on the stock market may be moderated by this development as it is capable of further eroding investor confidence in our market. Every political decision has direct or indirect impact on the financial market. I think the time has come for our leaders to stop making Nigeria a laughing stock before the international community.”

However, Garba Kurfi of APT Securities and Funds Limited said the postponement might not have much negative impact on the market given the growth the market had recorded in the last two weeks.
“Although it has a cost to the economy but may not affect our market due to expectations of companies’ results which have started coming into the market. We are expecting the market to continue to rise in anticipation of good results to be declared by companies,” he said. 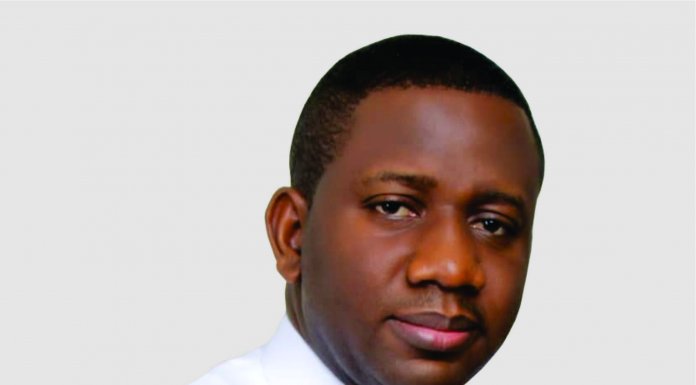