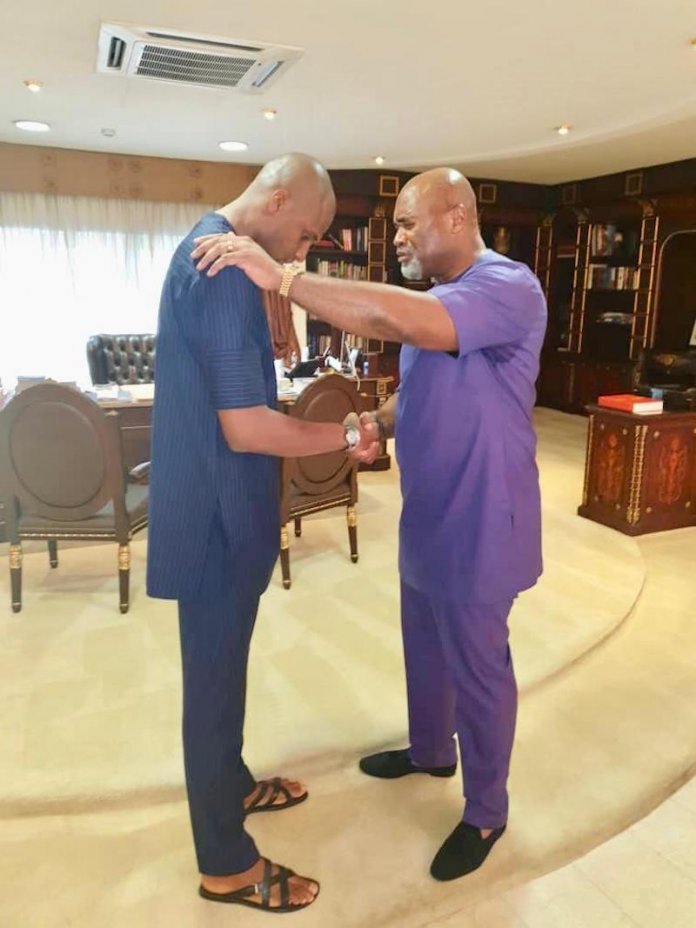 Pastor of House on the Rock Church and host of The Experience, Pastor Paul Adefarisin, has offered prayers for the electoral victory of Peoples Democratic Party House of Representatives candidate in the forthcoming election, Dr. Chima Anyaso, who is vying to represent the Bende Federal Constituency at the National Assembly.

The prominent preacher said his wish was that young leaders like Anyaso would continue to emerge from all over Nigeria to fulfill the divine mandate of God, which is to take Nigeria to a place of glory

Speaking on Anyaso’s character, Pastor Adefrasin said that having been a member of his church for a long time now, Anyaso exemplifies excellence. He said the Igbere born oil and gas mogul had shown good examples that had attracted and increased the grace of God on him, saying such grace comes with great responsibility to God and to mankind

On his part, Anyaso thanked the man of God for the prayers. He assured that his journey to the legislative chamber was meant to enable him to offer service to God and to humanity, especially the people of Bende and entire Nigeria.

He also promised that he would continue to display good virtues and teachings of Adefarasin, who he described as a great source of motivation and a major influence on his life since he was a young man.