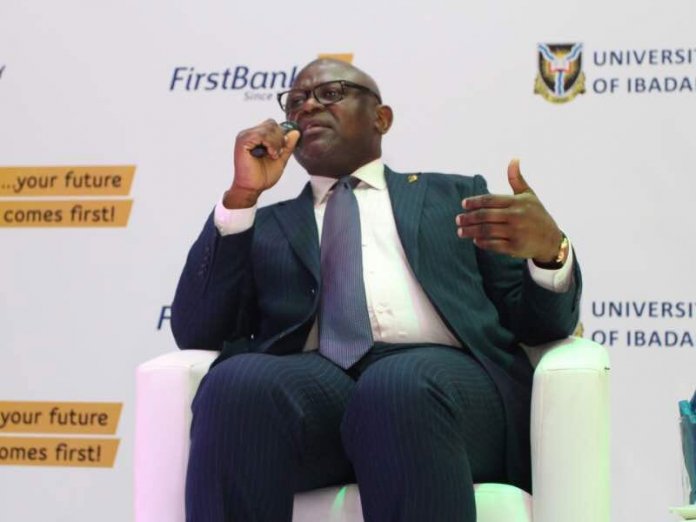 The Court of Appeal, Lagos Division, has set aside the decision of a Federal High Court sitting in Lagos, which convicted, the Chairman of First Bank Nigeria Plc, Pastor Ibukun Awosika, and the bank’s Managing Director, Dr. Adesola Adeduntan, for contempt over judgment debt of N17 billion.

The appellate court voided the decision of the Federal High Court on the grounds that the lower court judge erred in law when it convicted the bank bosses for contempt premised on the allegation of breach of an undertaking.

Justice Ibrahim Buba of the Federal High Court in Lagos had found Awosika and Adeduntan guilty for the refusal of the bank to release N17 billion plus interests that First Bank allegedly guaranteed to pay the community on behalf of Shell Petroleum Development Company (SPDC) of Nigeria Limited in respect of the judgment debt against SPDC in an oil spill suit filed by the community.

The judge in his judgment of June 6, 2018 sentenced them to three months of imprisonment but suspended the sentencing till September 6, 2018 to enable the bank and its officials to purge themselves of the contempt

The court had in a judgment ordered First Bank Plc to pay Ejama-Ebubu community of Ogoni in Rivers State the sum of N17 billion bond guaranteed by the bank on behalf of Shell Petroleum Development Company Limited (SPDC). But First Bank Plc refused to obey the order of the court, forcing Justice Ibrahim Buba to commit the 1st to 3 defendants to jail for contempt.

Dissatisfied with the decision of Justice Buba on their conviction for contempt, the bank chiefs through their lawyers led by Chief Wole Olanipekun (SAN), filed an appeal.

In the Appeal, the bank chiefs had asked the Appellate court to set aside the decision of the High Court on diverse grounds, which include that the lower court erred in law, acted without jurisdiction and reached a perverse decision when it granted the respondents’ motion on notice for committal of the appellants for contempt in respect of the Order of Court dated August 5, 2010 in suit No: FHC/PH/CS231/2001.

According to the Notice of Appeal, the said Order of August 5, 2010 was not made against the appellants (Awosika and Adeduntan), adding that the appellants were never parties to the suit in which the order was made neither did order mandated the appellants to perform any act.

The appellants submitted that the learned trial judge erred in law and acted without jurisdiction when he heard and determined the contempt application dated March 19, 2018, adding that the judge lacked the jurisdiction to commit the appellants for alleged Ex-Facie Contempt of the order he had made.

The appellants also contended that the lower court erred in law and reached a perverse decision when it convicted the appellants for contempt of court and imposed a prison sentence without taking oral evidence of witnesses.

The appellants also contended that the lower court erred in law and breached appellants’ right to fair hearing when it convicted and sentenced the appellants to term of imprisonment in their absence, adding that the presence of the appellants is mandatory for conviction.

The appellants therefore asked the court to dismiss, strike out the respondents’ motion dated March 19, 2018, strike out the Suit No: FHC/L/NRJ/1/2018 and make an order discharging and acquitting the appellants from the committal and sentence imposed by the lower court in its decision of June 6, 2018.

The Court of Appeal in a lead judgment by Hon Justice J.Y Tukur last Friday, therefore set aside Justice Buba’s decision, which convicted the bank chiefs.