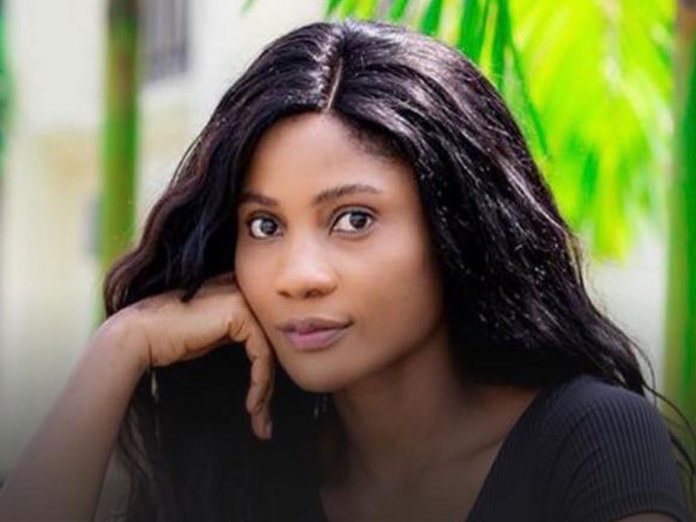 Day before the official release of the movie ‘Loving Daniella’, which opened in cinemas on Friday February 8, a private screening of the film was held at Ozone Cinemas Yaba Lagos for media persons. A production of Uddy Udoh, Bassey Essien, and Akin Akolade and directed by Ike Nnaebue, Loving Daniella is about love, human understanding and care.

It portrays the relationship between a young man, Efe (Blossom Chukwujekwu) and a pretty lady, Daniella (Theresa Edem-Isemin), whose distraught parent would get to the height of any medical suggestion to seek remedy for her rare mental illness which makes her think and act like a child ever since she was seven.

“Sorry excuse me. There’s something I have been longing to tell you before now and I think it’s the right time”, Daniella’s aunty tells Efe who responded “okay?” while wondering what that thing about his love interest could be.

“Daniella is sick . . . she has a mental disorder that makes her behave like a child, yes. Right from when she was seven years old and that has been going on till now. And I don’t think you want to meddle with her fragile heart,” at this point leaving Efe dazed. “. . . I don’t think you understood everything I said; she is sick!”

Like someone in doubt, Efe would meet Daniella’s father, Otumba (Jide Kosoko), who also confronted him with the sad reality. “They kept saying Ella’s case is mild and borderline and that she is supposed to outgrow it. But several years down the lane, her case still defies prognosis. Are you sure of this decision (to marry Daniella) because Ella’s case could be highly embarrassing sometimes. . . But there’s this renowned psychiatrist in Antigua who came highly recommended.”

A family story of its kind in very simple dialogue which might look pedestrian in some alternative views, but interestingly not, almost immediately from the first few scenes, takes discerning viewers into the story and what the Daniella character is all about with her colourfully figurative toys. Shot in Lagos and Antigua Island in the West Indies, ‘Loving Daniella’ makes for a good family viewing.

However then the family seeing the movie should have in mind few explanation to make should their inquisitive child asks mummy or daddy what the meaning of “I want to sign on your lollipop before you go hang out with the boys”, as the crazy side chick, Jumai (Omar Mathurin) tells Efe, who finally in the movie weds Daniella. Other stars featured in the movie include Rachael Oniga, Joseph Benjamin and Alex Ekubo.