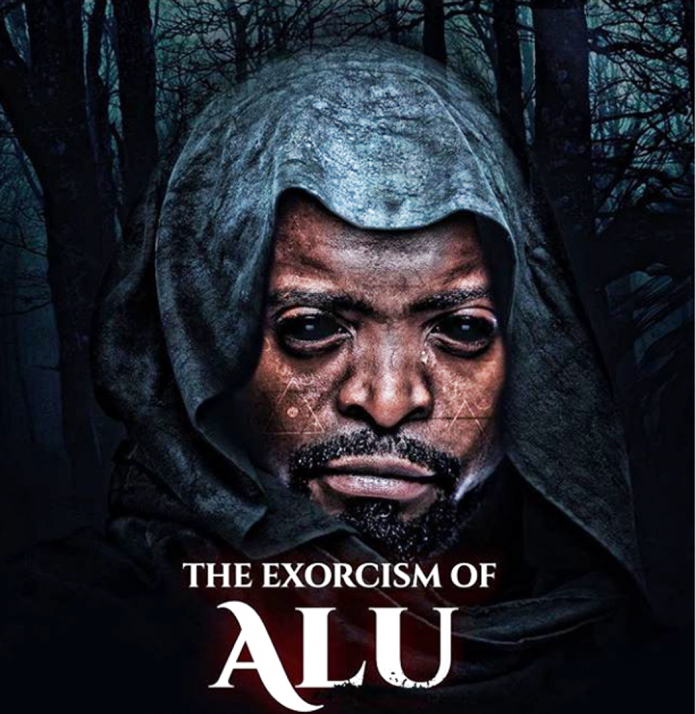 Although comedian, Bright Okpocha, better known as Baskemouth, has been involved in several television productions, venturing into the big screen, having conquered the comedy space, could be a different ballgame entirely with his first feature film titled, ‘The Exorcism of Alu.’ Ferdinand Ekechukwu reports

It would seem a long time coming, having spent six years working on his first feature film. Well, it is actually for ace comedian Bright Okpocha, also known as Basketmouth, as he prepares to deliver the work. The comedian-turned actor and now producer had taken on a directorial role, aside starring in his yet to be released horror movie, ‘The Exorcism of Alu’. “For 6 six years I’ve been working on my very first feature film, my most challenging project. I kept it on the low because everyone I told doubted my ability to pull it off.

“Today, I present to you……The Exorcism of Alu, a horror/thriller movie,’’ he had announced excitedly, and was set to hit the cinemas earlier. Horror is miles away from Basketmouth’s usual genre. One would have expected him to go the comedy route and be counted among Nigerian standup comedians AY Makun and Bovi, so the skepticism about him pulling through the cinematic project was understandable.

Notably Nollywood horror is typically characterised by vintage Nollywood low-fi classics, such as Karishika and End of the Wicked, so for Basketmouth to take on the challenge of creating a competitive modern Nollywood horror film is both a brave and wonderful thing. ‘The Exorcism of Alu’ is written by Bright Okpocha and directed by Phillipe Gaynor.

Venturing into the silver screen having conquered the comedy space could be a different ballgame entirely, however there is always a first time, hence it’s “most challenging project” embarked upon by the famed comedian, who has been involved in several television productions. He is at Present, the lead character as well the executive producer of popular TV sitcom on Africa Magic, ‘My Flatmates’, which is currently in its third season.

The horror movie had earlier been slated and widely publicised to begin screening in Nigerian cinemas from January 15, but for some reasons, it did not. Same day it was billed to hit the cinemas, singer and songwriter Folarin Falana aka Falz the Bahd Guy had launched his much talked about studio work, ‘Moral Instruction’. The widespread commentary the new album generated prior to its release would force Basketmouth to postpone release of his cinematic effort.

It was perceived the Abia State born comedian , who is the Chief Executive Officer of Baron World Entertainment, feared the uproar arising from the new album would dominate the scene and overshadow his new movie. “Falz, hope you’re aware that I pulled out from releasing my movie today because of this your album!!’ he wrote on Instagram with a photo of the album cover.

While explaining in another post reasons for the delay in the release of the film, the humour merchant on his Instagram handle @basketmouth would add that it was necessary for him to conclude a production preceding the release of his movie which was scheduled on a previous date. Featuring film stars Rekiya Yusuf, Sound Sultan as well as some foreign actors including Tevez Houston, Winona Crawford, Jamie Whitehouse, among others, he would assure that the new release date would be announced soon.

However, the official trailer he revealed, with Silverbird releasing a sneak peek of the video before the trailer, on his official Instagram handle, showed a scary poster of the movie. The movie is based on true life events and took place in Kaduna in 1998. In the trailer, “a cloaked figure stands ominously behind a curtain in a room – it appears as a reflection in a mirror, sits head rested at a dining table and jolts up, and then holds a door and creepily withdraws its hands. Already the best trailer I have seen from Nollywood this year.”

A movie fan remarked: “As a horror fan, who had a wish that Nollywood make a horror movie in 2019, one coming from Baskemouth was extremely unlikely. You’d expect that the comedian’s first movie tryout would be a glossy, over-bloated comedy, in the fashion of the forgettable ones made by his comic peers. But, boohoo, it’s not. The Exorcism of Alu is arriving at a time where Nollywood desperately needs a horror movie rejuvenation, a way to enrich our sauceless, cinematic diet.”

The University of Benin Sociology and Anthropology graduate isn’t new to showbiz and has his foot in the right direction on this one which has been classified (18) by the National Film and Video Censors Board (NFVCB).

He has organised popular stand-up comedy concerts like Basketmouth Uncensored across the globe. Basketmouth hosted a comedy challenge on Instagram, called the #TwoThingsChallenge which sparked uproar from fans, after a young fan posted a video of him saying obscene things relating to sex, with a child in close view in the video.

In 2005 and 2006, Basketmouth won the National Comedy Award and the awards for Best Stand-up Comedian of the Year. On February 14, 2017 to mark Valentine’s Day, Bright had a sold out concert in the famous Wembley Arena which made people consider him to be one of the greatest comedians to come out of Africa. He discovered his skill in drumming in 1991 followed by taking up rapping in 1994.

He then formed a group called “Da Psychophats” which had seven members and they started going for shows and rapping in 1995, however they broke up before releasing any material. He went on to form another rap group known as “Da Oddz” with his brother Godwin and Muyiwa Osunrobi. They performed at a couple of shows but didn’t break through as their brand of rap was not accepted in Nigeria. In 2018, he was named Pan African Comedian of the year at South Africa’s Savanna Comics’ Choice Awards. It was the second consecutive year that the Nigerian comedian will clinch the award. 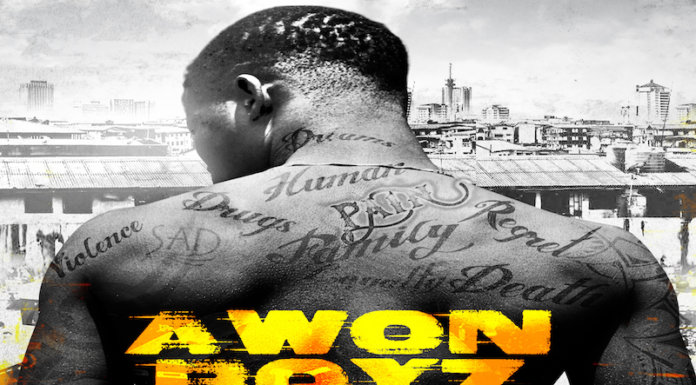