into political crisis in 2015, and for further strengthening the growth of democracy not only in Nigeria but on the African continent and the world.

Jonathan had conceded defeat to incumbent President Muhammadu Buhari in the 2015 presidential poll, the first sitting Nigerian leader to lose an election.

Speaking in Abuja, yesterday at a-one day peace conference with the theme, ‘Peaceful Elections and National Development’, organised by the Goodluck Jonathan Foundation, Abubakar said: “Allow me to on behalf of all Nigerians to once more thank former President Goodluck Jonathan for saving the country from falling into political crisis and in further strengthening the growth of democracy not only in Nigeria but in Africa and indeed the world.”

Abubakar, who is the Chairman of the National Peace Committee, said that African countries are the hotbed of election controversies.

According to him, “African countries are usually tension-soaked because of the very cut-throat competition involved. Africa indeed is a hot bed of election controversies. In African countries like Kenya, Cote d’ Ivoire and the Gambia, we have seen the serious implications of electoral tension to national security and development.”

Abdulsalami stressed that Nigeria has historically had its fair share of election violence, even dating back to pre- independence era, noting that Nigerians have witnessed the destruction that took place and retarded development.

He stated, “general elections where the doomsayers were predicting the balkanisation of Nigeria but thank God through the action of Nigerians and the then president Goodluck Ebele Jonathan, they were proved wrong

because this gentleman kept his word that his presidency is not worth the blood of any Nigerian and he graciously conceded defeat at that election.”

Also speaking at the event, a former Liberian president, Prof. Amos Sawyer, stated that the role of Nigeria in Africa and especially in West Africa makes elections in the country critical to the sub-region.

Sawyer stressed that a democratic Nigeria strengthens security in the sub-region, adding that many observers had noted the importance of the forthcoming elections, being the first in many respects.

Referring to Jonathan, he stated, “I remember your statement that your ambition was not worthy of the blood of a single Nigerian. These are immortal words. Your concession distinguished you as the leader who brought Nigerian democracy to full maturity”

On his part, Jonathan said that he had promised that upon leaving office as president in 2015, he would be channeling his energy towards serving humanity in another form which is no less edifying. This , he stated, fall along the lines of the focus of his life’s struggles, personal philosophy and ideals.

He stressed that the birth of the Goodluck Jonathan Foundation (GJF), a not-for-profit organisation, was the fulfillment of that promise, adding that the search for solutions to Africa’s seemingly intractable challenges is at the centre of the Foundation’s interest on the question of leadership and good governance.

The former president noted that it was a known fact that Africa’s relatively slow growth and poor performing economies are linked to the preponderance of conflicts.

He pointed out that what many patriotic Africans would also not deny is the fact that at the root of most of the conflicts ravaging the continent is the desperation that often characterise the struggle for power.

The ex-president said, “I urge the electoral umpire and the security operatives to be fair to all during elections. This will inspire patriotism, ensure good conduct among the citizenry and propel good governance which will catalyse growth for the good of all. There is no doubt that once these institutions are either compromised or perceived to be biased, their activities will serve as a recipe for crisis.”

Kukah noted that people invest so much emotionally in elections, pointing out that Nigerians must pay attention, Africa must pay attention that election may deliver the best form of government but cannot guarantee the outcome.

Also, the panelists at the event said that the country cannot afford the consequences of electoral violence, hence the need to respect the rule of law, while also calling on the security agencies to be neutral as their allegiance is to the country and not to an individual.

One of the panelists, and the Editor (Daily) of THISDAY Newspaper, Mr. Bolaji Adebiyi, insisted that while the media should continue to provide the platform for politicians to express themselves, it should, on the other hand, not publish stories that would endanger the peace of the country. 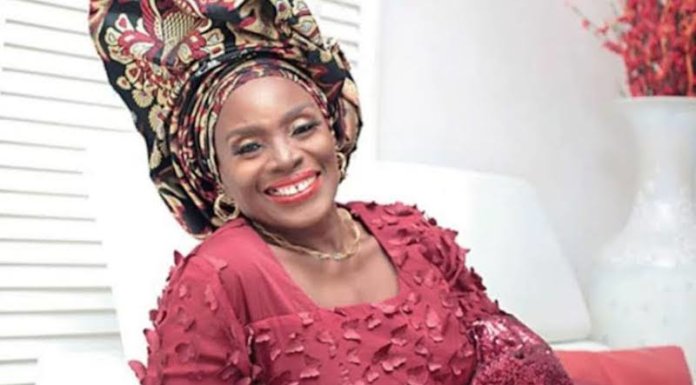