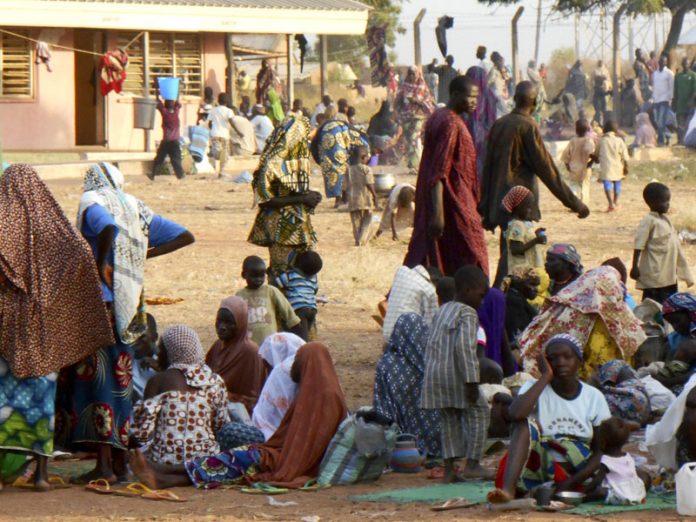 The Independent National Electoral Commision (INEC) has designated eight camps for over 400,000 internally displaced persons (IDPs) to exercise their franchise in the forthcoming elections in Borno State.

The camps will represent each of the eight Local Government Areas (LGAs), where elections may not be held due to Boko Haram crisis.

The Borno State INEC Resident Electoral Commissioner, Alhaji Mohammed Ibrahim disclosed this yesterday at a roundtable with stakeholders in Maiduguri towards the 2019 general elections organized by the Nigeria Union of Journalists (NUJ).

He urged members of the public who have collected their permanent voter’s card (PVC) to ensure they are not lost for there is no provision for their immediate replacement.

Ibrahim said during the exercise, the smart card reader will identify and authenticate a voter, after which the voter’s name would be cross-checked on the voters’ register, before the voter is cleared to vote.

He said the commission will continue to work for the success of the elections, disclosing that the logistics needed for the elections are already in the state, and already distributed to the various local government areas.

He said: “The sensitive materials will go round at the point of the election and there will be no secret distribution of the materials. In Borno State, we need about 22,000 ad-hoc staff. Four INEC Staff will be postioned in every Polling Unit. We have security personnel stationed at each polling station to checkmate vote buying or vote selling.”

Also speaking at the occasion, the Director of the National Orientation Agency (NOA) in the state, Alhaji Yahaya Imam, said the agency has been campaigning and educating voters for reduction of incidences of invalid votes, which subsequently leads to rerun of elections.

“We also campaign against violence and thuggery . We have been engaging voters in the 774 LGAs of the country on the need for peaceful election,” he added.