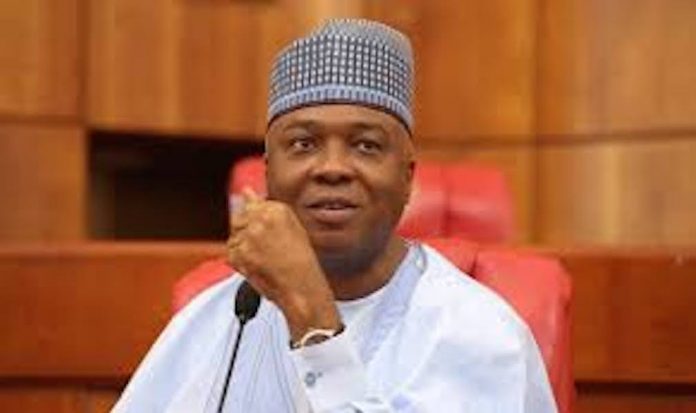 There is no doubt that, the current political situation in Kwara State, ‘State of Harmony’, ahead of the coming general election is charged. The battle for the Ahmadu Bello Government House, Ilorin after the eight-year rule of Alhaji Abdulfatah Ahmed has continued to heat up the political scene.

Unlike the 2015 general election, when it was easy to predict the outcome of the election, this time, no one knows who will take mantle of power from Governor Ahmed on May 29, 2019.

However, at the last count, about 35 gladiators are said to be interested in the plum position.

Out of this number, only five gladiators are said to be waxing stronger on the political scene of the state. They can boast of a good presence in 193 wards.

The leading governorship candidates include, Peoples Democratic Party (PDP) candidate, Hon. Razak Atunwa. He has served as commissioner in various offices since 2004 under former governor Bukola Saraki. He was a former commissioner for Lands, Information and Home Affairs, Works and Transport and Finance. He was later elected into the state house of assembly representing Onire/Owode state constituency and later emerged as the Speaker of the Kwara State House of Assembly in 2011. He was also later elected into the House of Representatives for Asa/Ilorin West federal constituency in 2015 and emerged as the Chairman, House Committee on Judiciary. Atunwa’ “1” as he is fondly called by his supporters in the state possesses both executive and legislative exposure to take over the mantle of leadership of the state after Governor Ahmed.

Atunwa who has since commenced his rallies ahead of the election pledged to consolidate on the good governance of successive governments in the state. He also promised to bring new lease of life to the doorsteps of the people. His campaigns have been based on issues that would touch the lives of the common man in the state especially in the area of rural development, education, health, roads and welfare of workers among others.

In the APC, though, the party parades two candidates; namely, Alhaji Abdulrahman Abdulrasaq and Hon. Abdulwahab Omotose. While Alhaji Abdulrasaq is being backed by the National Working Committee of the party, Hon.Omotose is being backed by the Ilorin High Court ruling. Recently, the Independent National Electoral Commission (INEC) has shortlisted the name of Alhaji Abdulrahman Abdulrasaq as the authentic candidate of the APC for March 2, governorship polls in the state thereby putting an end to the controversy over the authentic APC candidate for the poll.

Alhaji Abdulrasaq is a businessman who specialises in oil and gas. He has been vying for political positions in the state especially senatorial position without winning in the past. As a candidate of the APC, many have debated the possibility of deploying strong arm tactics by the APC-led federal government to dislodge the PDP from the control of the state. It will be noted that, his campaign slogan of “O to Ge”(enough is enough) has taken over major towns and villages in the state. It has provided a rallying platform for the opposition groups to mobilise their supporters for the polls in the state.

Kwara State governorship candidate of the Labour Party (LP) and former Deputy National President of the Nigeria Labour Congress (NLC), Comrade Issa Aremu, is an activist and his experience as a foremost labour leader remains the tonic for his desire to lead the state. He has been campaigning across the state to ensure the electoral success of the Labour Party in the poll. Aremu has also promised to revive the moribund industries in the state in order to address unemployment in the state.

In the Abundant Nigeria Renewal Party (ANRP), Dr. Mummin Ajia youthful candidate in his late 30s is the youngest of them all. He was a former Personal Assistant to the former National Chairman of the PDP, Alhaji Abubakar Kawu Baraje. He has garnered support from the youths in the state. His campaign promises include a pledge for educational advancement of the state. He has also promised to address the health, infrastructural deficit and youth unemployment among others.

The Accord Party (AP) governorship candidate, Prince Ayorinde Adedoyin is another notable gladiator that has been canvassing across the 193 wards in the state. Adedoyin is one of the sons of foremost business mogul cum industrialist, Prince Samuel Adedoyin and hails from Agbamu in Irepodun council. He has carved a niche for himself in the race by embarking on various social intervention programmes for the people of the state even before he signified his ambition. He has constructed many boreholes across the state, while alleviating the suffering of the people. He has been moving around the state, promising to add more value to the people if elected. He has also promised to improve on education, health, roads, youths and women empowerment.

Various factors will moderate on the political calculation of the state. Since the defection of former governor of the state and Senate President, Dr. Bukola Saraki and his supporters to his former party, Peoples Democratic Party (PDP), ,the political situation of the state has changed as the opposition has continued to mount pressures on the Saraki dynasty with a view to wrestling power from the dynasty. The opposition is so serious that they have allegedly embarked on a campaign of calumny against Saraki and the administration of Governor Ahmed. However, the ovewhelming acceptability of the political leadership of Saraki has continued to neutralise any allegation and against the administration. Saraki’s achievements have continued to serve as impetus to the administration of Governor Ahmed.

Another factor that will influence who wins the Kwara governorship race is the issue of some foot soldiers of Saraki who fell out with him over irreconcilable political differences. They have since joined hands with the opposition groups in the state in a bid to stop the Saraki dynasty from the political control of the state. These political foot soldiers had wined and dined with the dynasty for over three decades and had benefited immensely from the Saraki political structure.

Among the foot soldiers that had dumped Dr. Saraki are former Secretary to State Government (SSG) Alhaji Saka Cook Olododo who is now the House of Representatives candidate of APC for Ilorin South/Ilorin East federal constituency, former Special Adviser to Saraki on Special Duties, Hon. Moshood Mustapha and former Special Adviser on Security Matters, Hon.Yinka Aluko.They have pitched their tent with APC and vowed to dethrone the dynasty in the coming election.

Also, zoning continues to be a major issue in the state. The people of the Kwara North senatorial district have vowed not to support any party that fails to pick its governorship candidate from the zone. It will be noted that, all the major political parties in the state failed in this direction as some of them picked their candidates from Kwara central senatorial district of the state.

In the pact, the party’s gubernatorial candidate, Hon. Razak Atunwa would only serve one term if the PDP wins the forthcoming election.

By that arrangement, the people of Kwara North senatorial district would produce the next governor of the state come 2023. The pact also outlined that the positions of the Speaker of the Kwara State House of Assembly and Secretary to the State Government (SSG) will be conceded to zone if PDP wins.

The agreement was signed in the presence of the stakeholders from the zone that included royal fathers, youths and women among others.

The outcome of the by-election in Isin /Irepodun /Ekiti/Oke-Ero federal constituency where the APC candidate, Hon. Raheem Olawuyi Ajuloopin won, brought a new dimension to the political calculation. After the by-election, the leadership of the PDP returned to drawing board to re-strategize ahead of the general election, in order to correct their inability to win the by-election. The development has led to a new approach by the PDP in the area and they have been mobilising day and night to outwit the APC.

The result of the presidential election on February 16 will affect the political permutation for the governorship race. The PDP has been working round the clock while APC on its part is not resting too.

He said, “the people of the state have seen the need for a good alternative and APC is ready to provide such for Kwarans.”

Mohammed who said that, the people of the state should vote out PDP added that, “the PDP government has failed to bring the much expected good governance.”

Also speaking at the PDP rally in Gwanara town in Baruten council, Senate President and leader of PDP in the state, Dr. Bukola Saraki called on the people of the state to vote out President Muhammadu Buhari and the APC-led federal government so as to bring a new lease of life to the state and the country in general.

According to him, “Things are very difficult generally in the country and we all need to be ‘Atikulated’ to get Nigeria working again.”

The Senate President blamed the non construction of Ilesha-Gwanara road on the non cooperative attitude of the APC-led federal government, assuring the monarch that the road shall be constructed once the PDP returns to power.

The two leading political parties, APC and PDP have been engaging themselves in a battle of wits in the state. The APC has hinged its campaign on the slogan, ‘O to Ge’ (enough is enough), while the PDP’s battle cry is ‘O Tun Ya’ (Let’s Continue).