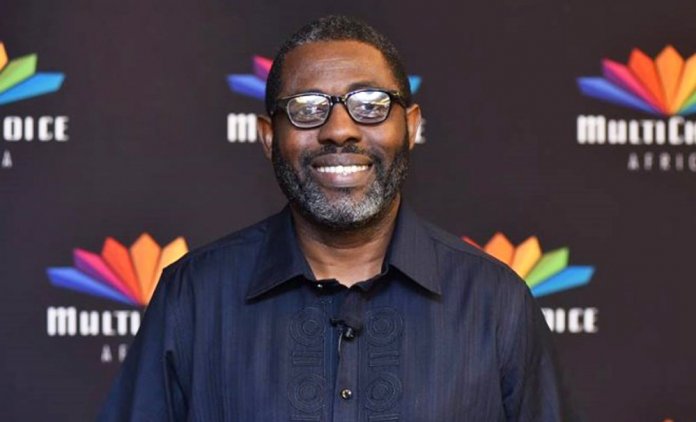 Part of Femi Odugbemi’s opening comment implies that he is not good in articulation of maps and graphs, but a master in pictures, as he interacts with a select team of arts and entertainment journalists. True to that, he’s not a statistician; he’s a professional filmmaker whose overwhelming experience towers above his influence. As the Academy Director Multichoice Talent Factory (MTF) West Africa, he would first speed us up to date with a short video on the programme at the academy. The video had addressed some pertinent questions relating to the conversation.

It’s been four months after the MTF Academy was launched and as the head, no other person better than Odugbemi would give a fair assessment of the 20 student programme of filmmaking other than him. “But you can then see what we have done. We have finished first semester. We are about to go to semester two. In fact we have started semester two. Semester two is starting with this audio thing (a Master class). So what I thought is if that’s okay (the video). It addresses some of your questions.”

Relatively audible, the five minutes video shot and edited by the students had showcased immersive experiences so far in the academy with veteran filmmakers like Kunle Afolayan, Steve Gukas, and Mildred Okwo. These filmmakers are brought not as celebrities but as artists so that the students get the chance to ask them about their processes of filmmaking and not about their results. “I think my favourite person to come in so far has been Biodun Stevens. It was a very nice experience interacting with her,” one of the students heard saying in the video, taking likeness in Stevens’ acquiescence of filmmaking.

The Academy is a film school, a business school and a passion school wrapped into one. It has the potential to not only empower the students to become great storytellers but to equip them in a powerful way with up-to-date information and technology and from a creative entrepreneurship perspective, to empower them to build institutions and become employers of labour. Comprising students from both Nigeria and Ghana – two of the most vibrant film industries in West Africa, the talented creative that will go through the Academy will be primed as key players in the growth and sustainability of Africa’s creative film and television industry.

The immersion of different resource persons from different sub firms made it a whole new experience… and for her a totally different experience because they have something more practical than the theoretical class experience. The video done showing, Odugbemi continued. “We promised three things and we have tried to deliver on them. We promised a curriculum that is technically strong, foundationally solid, international best practices. We also promised a different kind of filmmaker because what we have done, if you remember, they all come in post tertiary.

“One of the things that we did in picking them was also their IQ is fairly high for almost all of them. So for me this 20 kids are something in relation to make me directly talk about my own little 30 years of being in this industry is what we are trying to…shall we say experiment, to see if it makes a difference and I think it does.” Except that the students will learn how to make films by their own forms. They are in groups. Aside being taught through the rudiment of modern filmmaking, they are taught about ethics, writing process, about so many other things interwoven that will aid their understanding of the business and art of filmmaking, thus providing lifetime opportunity for them to achieve their dreams of being a writer and producer.

“We also taught them about banking, about finance, there is a whole lecture on making budget. So I do feel that we are on the right path. Both here and in Kenya and in Zambia and now we have started with the Master class series and that series is essentially meant to bring what you will call Global brands to interface with people within our industry who are not in this class; these are 18 to 25s. But there are people who are in the industry who think they need an encounter with some of the bigger brands of filmmaking like a plain level to the uphill level. So we are doing that, we are doing sound again. We have done sound developing with Dolby. We do that for lighting. We are bringing Universal Films.

“The real reason we are doing the Master class is to actually try and touch all the areas of the industry. There’s a lot we have done experimenting. There’s a lot you can do goggling. There’s a lot you can do with just you know your own passion and all of that. But the world is an amazing technological space. Things are changing at such an alarming rate that by the time you think you know it, everything you know has changed. So we are not talking of fundamentals only. We are talking about how to bring knowledge to the table that is current, that is global, and that is best practices.”