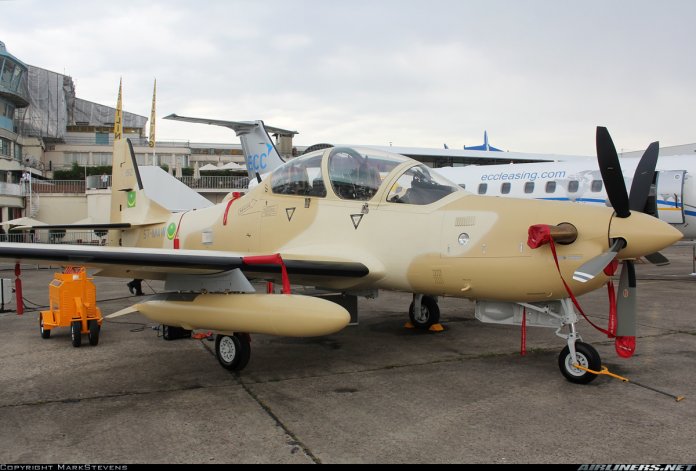 Controversy has followed reports that Nigerian airlines operate the oldest aircraft in the African continent. Chinedu Eze writes that there is no correlation between age of aircraft and air crashes.

There are recent reports indicated that Nigerian commercial airlines have the oldest commercial fleet in Africa, with the age of an aircraft in one airline being 28.1 years.
But THISDAY investigations have shown that while it is true that many Nigeria’s airlines’ Boeing B737s is old; there are airlines in Africa not mentions in the report that parade older aircraft. According to analysts who pored through the report, the writer compared Nigerian airlines owned by private operators with national carriers from other African countries like Ethiopia Airlines, Rwand Air, South Africa Airways, Kenya Airways and Air Maroc.
Industry observers are also of the view that while these airlines own and operate modern aircraft, many of them are funded by government through subvention, except Ethiopia Airlines which enjoys monopoly and pay fewer charges in its host country, Ethiopia.
In addition, although these airlines operate modern equipment, some of them like Ethiopia Airlines and Kenya Airways have recorded major crashes, which indicate that the age of the aircraft is not guarantee to air safety.

Why Nigerian Airlines Operate Aged Aircraft
In a recent presentation by the former Managing Director of Virgin Nigeria Airways and now the Chief Executive Officer of Ropeways Transport, Captain Dapo Olumide, there are three key factors why Nigerian airlines cannot acquire modern fleet. One is the cost. A new Boeing B737 could cost from $70 million to $110 million. It will be difficult for Nigerian airlines to borrow money at about 25 per cent interest rate to acquire such aircraft. Two, Nigerian airlines do not have financiers that can give them long-term, single digit interest rate and international financiers that wish to extend credit facility have to be guaranteed by local banks at similar stringent conditions and three, many Nigerian airlines so not have the capacity to acquire such state-of-the-art equipment.

Olumide also noted that lessors that lease aircraft to airlines may not be willing to lease new aircraft to Nigerian airlines because many of them have categorised the Nigerian environment as harsh and airlines may not have the resources to pay for the lease and as well as exorbitant insurance premium.

Also the Cape Town Convention which was domesticated in Nigeria in 2008 and enhances easy access to mobile equipment has been abused by some Nigerian airlines operators who go to court to stop the lessor from take back his aircraft when the terms of lease was not met by the lessee (the operator). All these have put the Nigerian operator in a quandary.
So the only option left for many operators is to buy or lease the aircraft they can afford, which is mainly Boeing B737 Classic.

Aircraft Maintenance and Safety
Industry experts have insisted over the years that age of an aircraft is not determinant factor to safety or accident but maintenance. They noted that some of the aircraft that were involved in recent accident were less than one year and it was because proper maintenance was neglected or the right action was not taken.
The CEO of Aero Contractors, Captain Ado Sanusi, told THISDAY on Friday that there is no connection between age of aircraft and accident, noting that what lead to accident includes poor maintenance, inadequate training, human error and weather.

New Aircraft
However, he described it as sad to say that Nigeria, a country that is economically robust, the sixth highest hydrocarbon producer cannot afford to operate new aircraft fleet but parades the oldest fleet in the continent. He said that this is regrettable when countries like Kenya, Rwanda parade new fleet more than Nigeria.

“During the time of Nigeria Airways they were not buying old aircraft; they acquired new fleet. In fact, it was Nigeria Airways that purchased the Airbus prototype, so something has gone wrong with us somewhere. While old aircraft is not bad to operate, we should not be a dumping ground for aged aircraft. New aircraft are more efficient in terms of fuel consumption; it is more environmental friendly and cost less to maintain,” Sanusi said.
He noted that what are needed to ensure aircraft safety includes effective maintenance, adequate infrastructure and effective oversight which lie with the regulatory authority, the Nigerian Civil Aviation Authority (NCAA).

“There are factors that are considered by airlines which are safety, cost and reliability. The highest is safety and cost and reliability come after that. But we must encourage our airlines to acquire new airplanes. There is the need for effective oversight, a legal system that can ensure that a lessor that leased aircraft to a Nigerian airline is protected because some people are not willing to return aircraft to the lessor; they would rather go to court to stop lessor from taking back their aircraft.

“The inabilities to obtain credit facility at single digit interest rate and lack of capacity by airlines that want to acquire their own aircraft are the reasons why many airlines in the country do not have modern aircraft. So we should look at it holistic solution to these problems and find a way to solve it. The solution to solve it involves actions by NCAA, the Central Bank of Nigeria, the Ministry of Justice to guarantee that there is no legal manipulation by those that that want to keep back leased aircraft,” Sanusi said.

Openness
Sanusi emphasised that Nigerian airlines and the regulator had to be open with efficient maintenance that meet international standards and recognized by international aviation bodies like the US Federal Aviation Administration (FAA) and the European Aviation Safety Agency (EASA) and others so that when an aircraft is used in Nigeria the international aviation community will accept its high maintenance status.
“So we have to be open with our maintenance so that it would be approved by world aviation institutions like FAA, EASA and others,” the Aero Contractors CEO added.

Cost of Maintenance
Reacting to the report on old aircraft, the Chief Operating Officer of Air Peace, Oluwatoyin Olajide, said maintenance status of the aircraft was more important than its age because newness of aircraft does not guarantee its safety. There are other advantages associated with it, which include fuel efficiency, less cost in maintenance, comfort to the passengers, she pointed out, noting, however, that new aircraft is more environmental friendly.
She said Air Peace conducted high level of checks on its aircraft and it spent huge amount of money to ensure that its fleet was airworthy.

“Those who are talking about old aircraft forgot that a major carrier in Europe came to Air Peace to buy two of our Donnier jets for its subsidiary and the two aircraft are flying today in Europe. Our aircraft are being maintained by top maintenance organisations in the world. We have not spent less than $2.5 million in our c-checks and this can be verified. Our safety good record is known all over the world and we are IOSA (International Air Transport Association Operational Safety Audit) certified. This is international yardstick to measure your safety standard. After two years we were again audited by IATA and re retained our certification. Don’t you think we should be commended?

“Boeing signed with us for a firm order of 10 new branded airplanes. Some of the old aircraft used by US carriers have done 65, 000 cycles, but ours have not even done 35,000 and we are being attacked. We cannot allow them to destroy our business because when they write these things the unsuspecting public will become scared. The objective is to frustrate Nigerian airlines to heighten the clamour for a national carrier. They should not kill us because of national carrier and unless government stops talking about national carrier, Nigerian airlines will go down. Staff of existing airlines is scared about the disruption of their jobs by the clamour of national carrier.

“What these people should know is that those who invested money in airline business are creating jobs and are contributing to the economic development of Nigeria. Air Peace alone has created over 3000 jobs within the company and it has created 15000 indirect jobs. We have the figures and facts. We are contributing in the sustenance of this economy,” Oluwatoyin said.

Some years ago Kenya Airways Flight 507, which was scheduled for Abidjan-Douala-Nairobi with a new aircraft that was barely few weeks, crashed on take-off from in the initial stage of its second leg on May 5, 2007.

Also on October 31, 2018 Lion Air Flight 610 operating Boeing B737 MAX that as barely three months old crashed, while taking off from Jakarta, the Indonesian capital, killing all the 188 persons on board.

These accidents show that new aircraft does not guarantee safety; proper maintenance does, but there are gains in operating new airplane.