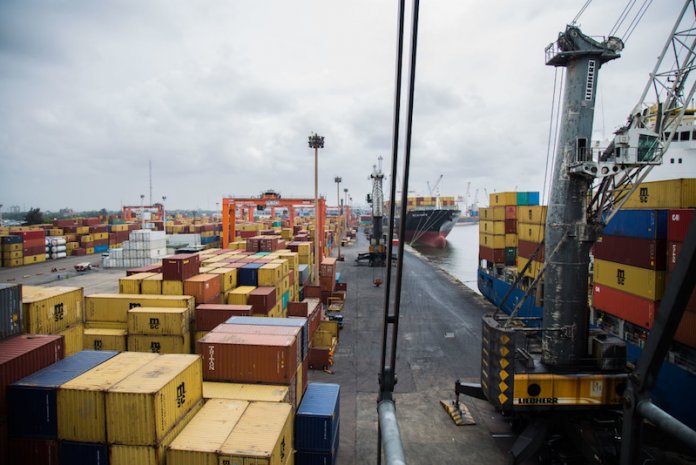 Propelled by a desire to enhance service delivery, boost efficiency, modernise port development as well as relieve it of the burden of financing, among others, the federal government has finally consummated the concessionning of Terminal ‘B’ Warri Old Port in Delta State.

Speaking in Abuja at the signing ceremony for the concession, the Director General of the Bureau of Public Enterprises (BPE), Mr. Alex Okoh,

Okoh reminded Ocean & Cargo Terminal Services Limited that the pursuit of its business objectives must be tailored in a way that would assist in the realisation of objectives of the federal government’s ports concession programme.

The programme under the management of the BPE, he said, commenced in 2005 and culminated in the concession of over 23 terminals to private operators. According to him, it represents one of the success stories of the privatisation and commercialisation programme in Nigeria and a credible testimony of the viability of the Private Public Partnership (PPP) model in the development and delivery of critical public infrastructure in Nigeria.

He said: “Upon completion of the rehabilitation and reconstruction works, there was a need to concession the terminal to a private operator who would be responsible for the operation of the terminal and carrying out further development of its facilities in line with the ports’ Concession crogramme.

Following the approval by the National Council on Privatisation (NCP), advertisements inviting Expressions of Interest (EOIs) from prospective concessionaires for the concession of the terminal were received by the Bureau.

“Unfortunately, due to certain challenges, the issuance of the RFPs was delayed for about two years. At the coming of the current government, the NCP at its meeting held on the August 22 and 23, 2017 approved the continuation of the bidding process which included issuance of RFPs and Information Memorandum to the subsisting 7 pre-qualified firms, physical due diligence and data room exercise, evaluation of the technical proposals and finally the financial bid opening,” he added.

The NCP, he stated, had at its meeting on June 12, 2018, approved the technical bid and the financial bid of$100,782,147.53 (One hundred million, seven hundred and eighty-two thousand, one hundred and forty-seven US dollars and fifty-three cents) submitted by Ocean and Cargo Terminal Services Limited, which emerged as the preferred bidder for Terminal B Warri Old Port.

He thanked the Managing Director of the Nigerian Ports Authority (NPA), Ms. Hadiza Bala Usman, for her cooperation throughout the process of the transaction without which it would not have been possible, adding that “the synergy which was displayed throughout this process is worthy of commendation and we look forward to working with the NPA in future endeavors.”

Pledging support to Ocean and Cargo Terminal Services limited, she commended the teams from BPE and NPA for working assiduously for the completion of the project.