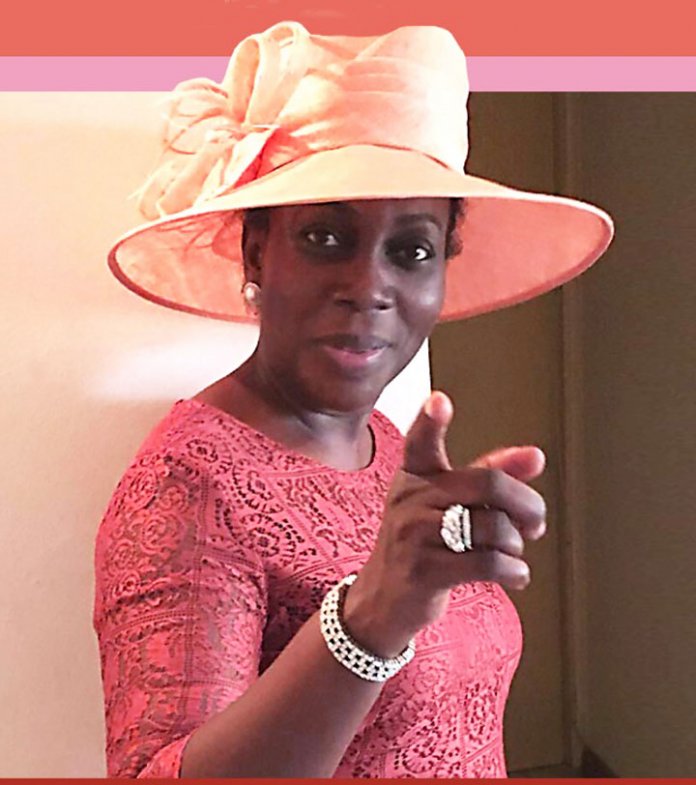 Osayomwanbo ‘Bobo’ Bode-Kayode, Nee Giwa-Osagie, who passed on, on December 20, 2018, was buried in London on January 11th at All Souls Church, Langham Place, Regent Street.

‘Bobo’ was born on the 5th of August 1961 in Lagos, to Chief F.S. Giwa-Osagie and Madam Margaret Etotan Giwa-Osagie. Bobo attended Aunty Ayo School, Ikoyi for her primary education, moving to Idia College, Benin City for her West African School Certificate and then on to Queens College, Lagos, where she was a school prefect and received her higher school certificate.

Bobo received her BSc Hons in Biology from the University of Lagos and continued with her academic achievements at the University of Reading where she received her MSc. She was for all her professional life a reproductive biochemist, specialising in assisted reproduction. She trained in Human IVF Embryology, through many courses at the Kings College Hospital London and Bourne Hall in Cambridge.

Bobo joined her elder brother Professor Osato Giwa-Osagie in his work on human IVF and assisted conception at the Advanced Fertility Centre at Omni Medical Centre in Lagos, where she was the Executive Director and Chief Embryologist. She was the first female human IVF Embryologist in West Africa, beginning her work in this area in 1988.

Through the course of her career, she helped many couples in her care by facilitating, through assisted conception, over two thousand pregnancies. She was Chief Embryologist of the Lagos University Teaching Hospital’s IVF unit, founding Secretary General and Trustee of the Association for Fertility and Reproductive Health and a patron of the Association of Embryologists of Nigeria. Bobo trained and mentored many embryologists and assisted in the establishment of IVF centres in Nigeria.

The late Bobo was passionate about supporting couples who were struggling with conception, demystifying negative preconceptions and dispelling myths and secrecy surrounding infertility. Bobo loved to write and she championed people at every opportunity, particularly in relation to healthcare causes and in this vein wrote a column for many years in Saturday THISDAY.

Bobo was meticulous, patient and quiet in her ways. Kindness and calm were her hallmarks. In a family full of strong characters, Bobo’s resolute but quiet demeanour was a force to be reckoned with and she certainly held her own. Bobo believed in living life fully and would often be seen in a beautiful hat and a striking dress, spreading God’s word and love through her time, her smile and her love.

Bobo was a committed Christian, who loved her God. She was a member of the Redeemed Christian Church of God (RCCG), Christ The Lord Central Parish (CTL) where she served in the Prayer Department as she joined the work-force in the Lord’s Vineyard. Her zeal and love for the Lord continued to propel her to work in different aspect of God’s work. In 2014, she became a coordinator of the church Bible College, (Arise and Shine Campus), focusing on the executive arm in CTL.

In that same year, she became a Deaconess in the Mission. She made her mark in her work with executives who sought more knowledge in Lord, through the Bible College. Being an executive herself, she was able to align with and encourage executives as they approached the challenges of Bible College. Bobo was also a committed lecturer in the Bible College, even while experiencing great personal discomfort and pain. To the glory of God, Bobo was ordained an Assistant Pastor in August 2018, during the last RCCG convention.

Bobo’s faith was everything to her. She lived a life that expressed that faith, keeping Christ at the centre of her affairs at all times. She was in constant conversation and relationship with her maker and stood in the gap for those around her, always praying for others and wishing them well. The words in Psalm 13:5, “I trust in your unfailing love; my heart rejoices in your salvation”, rang true in Bobo’s life. She lived to testify to God’s grace and salvation in Christ. She was happily married to Bode Kayode, of blessed memory and raised three wonderful children in Akintayo, Akintoye and her princess, Toyosi. Bobo was a loving sister to Mrs. Henrietta Eki Coker, Mrs. Osamuede Tytler, Chief Osato Giwa-Osagie, Dr Osamudiame Giwa-Osagie, Mrs. Darlin Sofola, Ms Sweet Giwa-Osagie,  Mr. Osaretin Giwa-Osagie, Mr. Osayaba Giwa-Osagie, Mrs. Osayuware Akinkunmi, Mr. Osaro Giwa-Osagie and Mrs. Osarugue Fajana.

A lover of Christ, a virtuous woman, a lecturer, a pioneer, a mother of IVF embryology in West Africa and a consistent Liverpool supporter has transited to glory. You will never walk alone dearest Bobo – may your ever gentle soul rest and rejoice in the bosom of the Lord.