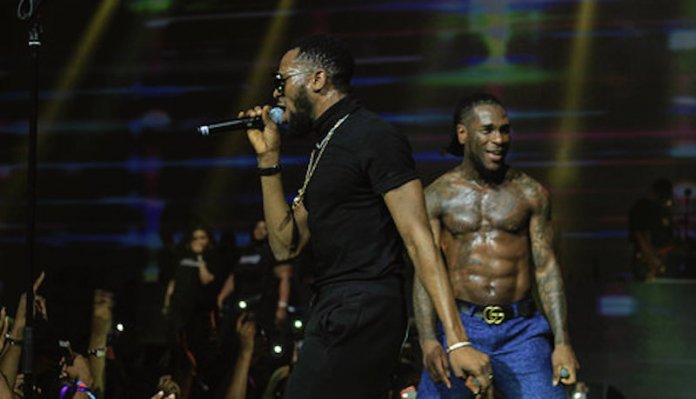 One of Nigeria’s biggest music stars, Oladapo Daniel Oyebanjo, popularly known as D’banj, has been signed to entertain runners and fans at Eko Atlantic City, the finish point of the 2019 Access Bank Lagos City Marathon on February 2.

In a statement signed by Olukayode Thomas, Head of Communication and Media, D’banj will perform alongside rave of the moment, Teni and a host of other big stars.

Thomas however will not confirm or deny insinuations that other top artistes like Olamide, Burna Boy, Davido and Tiwa Savage are being contacted to also perform.

“All I can tell the media for now is that we have signed D’banj and Teni to entertain runners and marathon fans at the finish. I can also assure them that we are talking to many other artistes, but I cannot speak on artistes that we are yet to sign because it is unethical,” he noted.

Lagos State is getting ready in style for another epic show as history is expected to be made again with the 4th edition of Access Bank Lagos City Marathon.

Thomas also said over 5,000 marathoners from about 45 countries have registered for the 2019 race.

“Our target of about 150,000 runners participating in the 2019 race will be met. Before the Christmas and New Year break, we already have close to 100,000 runners that registered. Since work started, potential runners throng our office daily to request for forms. We are also happy that thousands of foreign runners from different parts of the world have shown interest in this edition.

“Their coming will help the local business especially in the areas of hospitality, transportation and others.”

Thomas appealed to Lagosians to be nice and polite to foreign tourists as their pleasant experience will make them want to visit Lagos again.