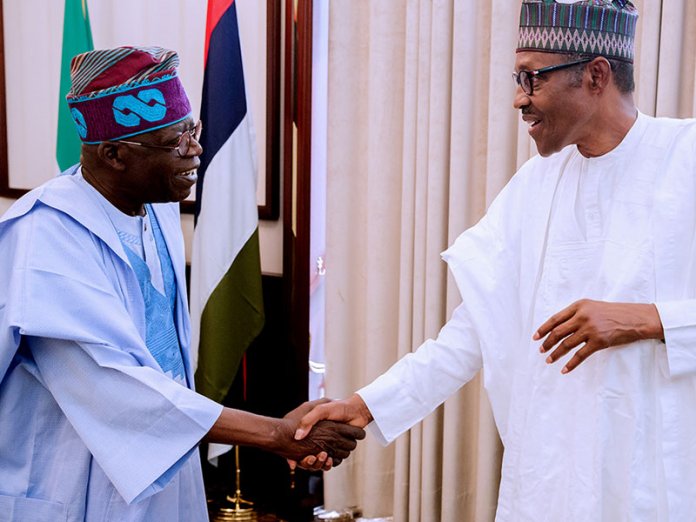 President Muhammadu Buhari Monday said the leader of the All Progressives Congress, Asiwaju Bola Tinubu, who is co-chairman of the APC presidential campaign council would be fully in charge of his re-election campaign so that he could concentrate on governance.

Inaugurating the campaign council on Monday as chairman of the council at the International Conference Center, Abuja, President Buhari said, “Even though we have only 40 days, this campaign is going to tax us all, because we intend to touch all corners of our great and vast country. But I must also add that, though we will all be deeply involved, I would like to assure the nation that I will do my part without making governance or my work suffer. Asiwaju Bola Ahmed Tinubu, my co-chairman, will be fully in charge, and is going to be on 24-hour vigil.

“That is to say, the operational buck of this campaign stops at his table, and I therefore urge all of us in the leadership of this campaign, in the field operations on the campaign trail and in the secretariat to consult with Asiwaju whenever guidance is needed.”

He however said the division of responsibility was clear enough as, “The leadership that has formulated the campaign policy will supervise its execution; the Director-General will have overall responsibility for all aspects of the campaign, including field operations; while the Secretary will be responsible for all administrative and treasury-related activities of the council.”

Assuring that his government will keep insisting that votes must count, the president said APC’s campaigns will be anchored on the performance in the last four years.

“There is no doubt that our party has succeeded in taking Nigeria to a new level of enduring peace, economic growth political stability, justice and progress. This is the new level we are promising Nigerians, the details of which we will take to Nigerians as we embark on our campaigns.”

Noting that Nigerians voted APC into power in 2015 because of the trust and confidence that it would make a great difference, the President said, “We are now building on the experience of our successful outing in the 2015 elections. It is my hope that this wonderful team put together will anchor our campaigns to lead our party and its candidates to victory in the general elections in a few weeks’ time.”

Buhari said, “a victory for us as a party is a victory for all well meaning Nigerians, who are committed to Change from an inglorious past; where those in positions of public trust willfully took for themselves what belongs to us all; where the security of our citizens was second place to their acquisition of unwholesome wealth; where our economic growth was sacrificed for the fleeting ease of import dependency.”

On the achievements of his government, President Buhari said his administration had in the last three years and six months reversed this downward slide that the PDP took the nation in its 16 years of misrule.

“We have restored the territorial integrity of our nation, thanks to our gallant men and women of our armed forces. We are systematically engaged in all the remaining corridors of insurgency, kidnappings, robberies, herdsmen and farmers clashes.

“We have reset our national values: corruption is no longer condoned and is no longer seen as normal for public office holders. The agencies of government are no longer equivocal in dealing with anyone who flouts our laws.

“The high and low are receiving jail terms, loots are being recovered, and Nigerians are increasingly displaying the timeless values of honesty, honour and decency. I congratulate us all for making these changes possible.”

Buhari also said the economy had become a prudently managed enterprise, adding that the nation’s resources are now working for the people, as government is ensuring the delivery of key national infrastructure, which were left unattended over these past years.

“The direct impact of our policies on improvements in roads, railways, and power supply are evident. There is greater evidence of economic diversification seen in growing local production of agricultural produce and solid minerals.

“Our government has succeeded in the last four years in halting national drift, removing the shadow of insecurity and fear dominating our life and reviving our economy from decline to stability and growth. The macroeconomic health of our economy, indicated by several measurable factors such as a stable exchange rate, lower inflation, growing foreign reserves, has been applauded by independent local and international rating agencies,” he said.

He congratulated all our party men and women seeking election across the country and all the participants in the party primary process who may not have gotten all they wanted, but who have accepted to continue the work of ensuring a healthy political process.

He urged all those with any remaining reservations to recommit themselves to the central task of the party’s victory in the elections and to the greater goal of uplifting this nation towards its manifest destiny.