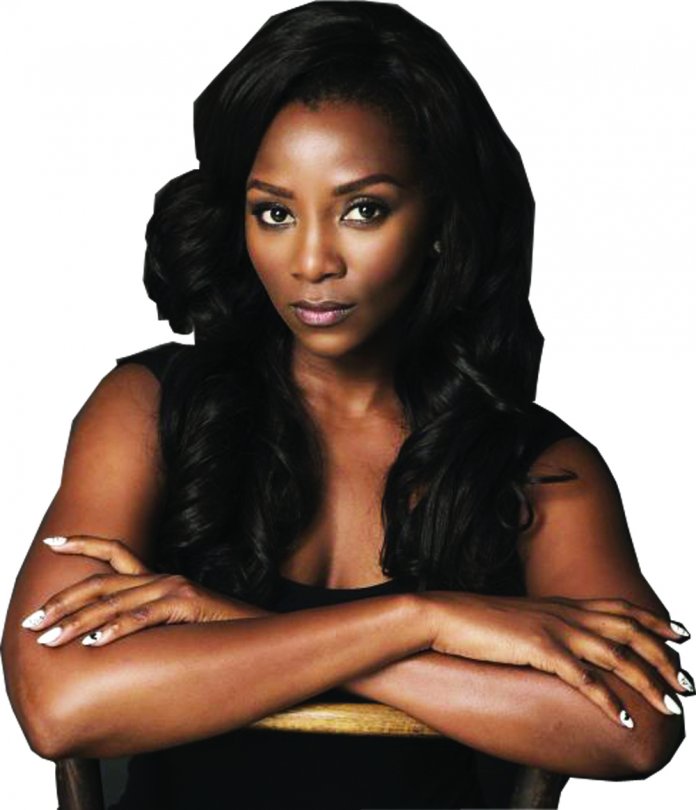 “I don’t think I have reached my peak necessarily. So, I hope for other opportunities, greater opportunities to express myself. Mostly because there is still something inside of me that I just feel I haven’t let out and it’s really trying to come out and trying to burst loose so I’m hoping for that opportunity…I just want that story, that story that challenges me even further.” That was veteran Nollywood personality, Genevieve Nnaji during an African Voices interview with CNN in 2011.

The screen idol is officially 20 years in the industry. The superstar actress whose career kicked off in 1998, in the spirit of the New Year, took to social media to celebrate the landmark and also extend heartfelt wishes to her fans. “As 2018 comes to an end, I mark 20 years in the art of filmmaking. I’m grateful for my life, journey, and growth thus far. I’m happy I could celebrate with you through a product that embodied all of me, mentally and spiritually; for all of your pleasure. May 2019 be our best yet. Happy New Year!” she wrote on her Instagram page.

Considered the poster girl of Nollywood, Genevieve started her acting career as a child actress in the then popular television soap opera ‘Ripples’ at the age of eight. In 1998, at the age of 19, she was introduced into the growing Nigerian film industry with the movie ‘Most Wanted’. Her filmography is endless, some of which must have overlooked her memory. Her breakthrough came in 2002 when she acted in the movie, Sharon Stone. Her subsequent movies include Last Party, Mark of the Beast, Power of Love, Not Man Enough, Blood Sister, Keeping Faith, Love Boat, For Better For Worse. She is ranked one of the best paid Nollywood actresses. In 2010, she starred in the award-winning film Ijé: The Journey.

Amongst most recent movies she starred in are Tango with Me, Weekend Getaway, Half of a Yellow Sun, Doctor Bello, Mirror Boy, the 2013 movie which gave her first international prominence and Road to Yesterday, a film that marked her first outing as a producer in 2015 and remarkably, earned her Best Overall Movie West Africa at the 2016 Africa Magic Viewers’ Choice Awards amidst a handful of criticism. She was also the first to be awarded Best Actress by the Censors Board of Nigeria in 2003. And in 2011 was honoured as a Member of the Order of the Federal Republic (OFR) by the Nigerian Government for her to the art.

Genevieve has received several awards and nominations for her work, including the Best Actress in a Lead Role at the 2005 edition of Africa Movie Academy Awards, making her the first actress to win that category.

Aside 2018 being her anniversary year, for the actress and filmmaker, it was spectacularly momentous for her as well for having had to seal a deal with one of the largest talent agencies in the world, United Talent Agency (UTA). The collaboration would see to the possibility of Genevieve and the talent agency, working with top Hollywood filmmakers to produce movies from African stories.

This followed the rights to her directorial debut ‘Lion Heart’, which was acquired by Netflix, making it the first original Nigerian production to be bought by the America movie streaming company. However, as 2018 drew to a close, the renowned actress rocked the boat. Genevieve’s directorial debut was reportedly delayed from showing in the cinemas a week after its private screening, allegedly because of ‘power tussle’ and ‘arm twisting’ by cinema distributors.

She said: “To be honest, as an investor in this project, I have no complaints. I am happy with the progress I have made and remain grateful for how far I have come. But as an artiste , having you watch my first-time film as a director meant a lot to me. Plus, I am aware of the challenges of streaming in this region, so bringing this home to you was important. Unfortunately, the cinemas have refused to show Lion Heart.