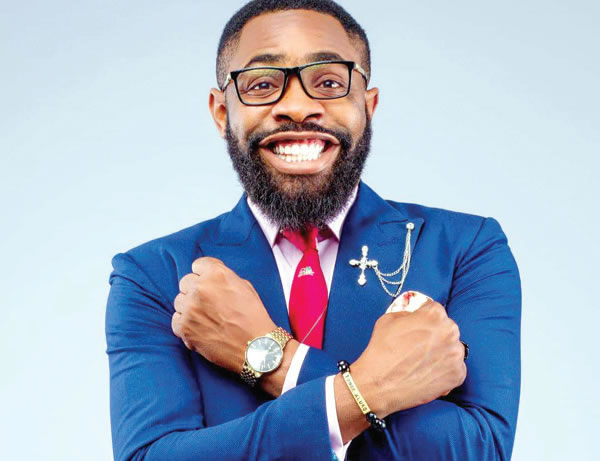 The journey of a thousand mile starts with a step. For Oluwatoyin Bayegun popularly known as Woli Arole, his journey into filmmaking started two years ago with him venturing into the entertainment scene as a sketch comedian promoting his art across various social media platforms.

So far, he has advanced to the status of producer with his debut film ‘The Call’ which premiered recently at the Filmhouse cinemas, Lekki, Lagos.

Reprising his role as Woli Arole, he and his league of wealth thirsty friends embarked on a journey to pawn an antique clock which unfortunately spelled doom for the group and ultimately led to the manifestation of Arole’s clairvoyance.

The premiere’s ambience was one of warmth. Receiving the support of close friends and family, it turned into a momentous evening when his parent took to the red carpet to support their son’s work.

This support even goes beyond the poses on the platform as his mother also played a minor role in the movie. Also present to show support was fellow sketch comedian Frank Donga.

With a cast line-up that comprised Segun Arinze, Afeez Oyetoro, Kelvin Ikeduba, Yinka Quadri, Samuel Ajibola and Etinosa Idemudia, the peculiar idiosyncrasies that characterise the suburbs of Ibadan city was well represented in the movie; ranging from its multi-cultural diversities to the simple everyday life of its residence.

Confident that the film’s essence will capture the interest of comedy lovers around the country, Arole believes ‘The Call’ would attain a good level of success at the cinemas.

“It’s a call for me. I just felt I should something more than sketch. It is good when you start from something, but when you progress and evolve, so that is just me showing another part of me that people should enjoy.

“I have had the dream of shooting the movie ever since, but the whole process from Pre-production. Post-production and production have taken close to two years for me. I just wanted something different, something that people would not imagine Arole would do, and something that would have a message,” he said.

‘The Call’ will be available to the general public today across major cinemas.