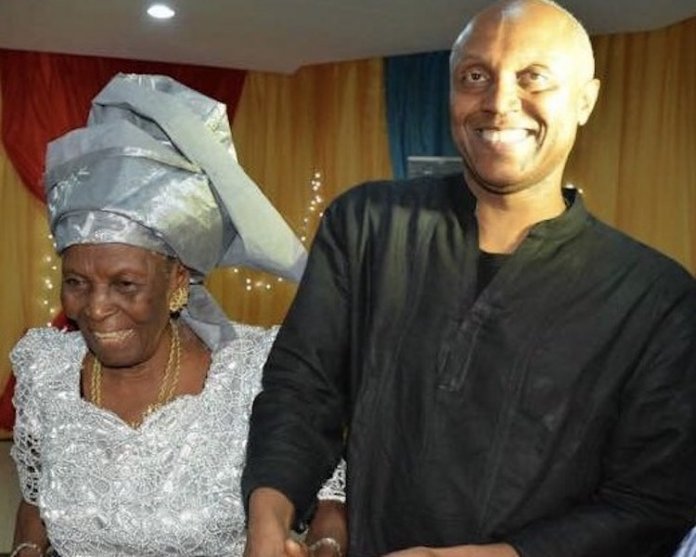 A retired elementary school teacher and headmistress, Mrs. Ndibe taught in various schools in Nigeria, including St. Theresa’s in Yola, Adamawa State, as well as in Nnobi, Amawbia and Enugwu-Ukwu, all in Anambra State.

The late Mrs. Ndibe, popularly known by her praise name, Ngala, was born into the Odikpo family in Onitsha on April 18, 1925.

On March 1, 1958, she wed Mr. Christopher Chidebe Ndibe, a native of Amawbia, who preceded her in death on May 28, 1995. The couple had four sons and a daughter. Mrs. Ndibe is survived by her oldest child, John Ndibe, a medical doctor and acting permanent secretary in the Ministry of Health in Anambra State; Okey Ndibe, Ifeoma Mokwuah, a New York-based social worker; Jude Ndibe, an architect employed by an oil services firm in Lagos, and Patrick Ndibe, an attorney who works for the city of Houston, Texas.

Okey Ndibe, who has written numerous essays about his parents, described his late mother as “a passionate teacher who regarded all her pupils as her children, a fearless Christian who cared for bed-bound elders, prisoners, orphans, widows, and rejects of our society.” According to the US-based author, whose books include a novel titled Foreign Gods, Inc. and a memoir, Never Look an American in the Eye, the late Mrs. Ndibe made frequent visits to prisons to pray with and offer advice to inmates. “Since her retirement from teaching, she would celebrate each birthday by taking food to prisoners and spending several hours with them.” He added that his mother was a tireless advocate for the impoverished of society, often counseling government officials to adopt policies that would alleviate the plight of poor and marginalised Nigerians.

Mrs. Ndibe will be buried following a funeral Mass at 10 a.m. at St. Matthew’s Catholic Church, Amawbia. Auxiliary Bishop Jonas Benson Okoye of the Awka Diocese will celebrate at the Mass.