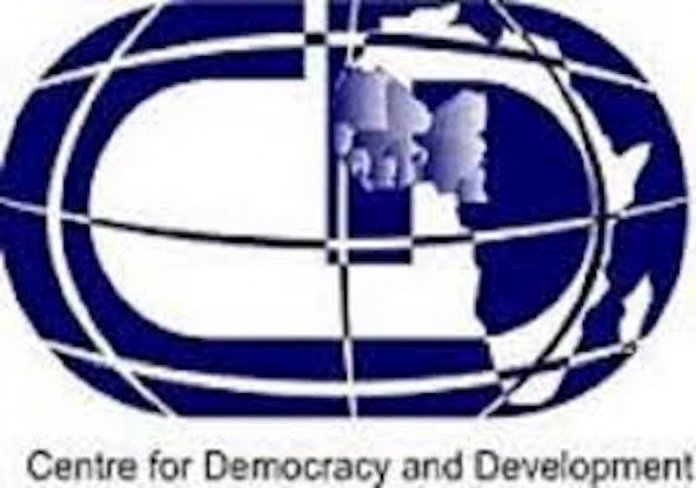 The training which was anchored by a renowned faculty of trainers, aimed to develop the skills of a core of fact checkers, journalists and the electoral commission (INEC) staff with the capacity to spot and dispel all forms of fake news, misinformation and disinformation capable of affecting the integrity of the electoral process.

Speaking at the workshop in Abuja, The Senior Communications Officer, (CDD), Armsfree Ajanaku said the training is really about identifying the threats that fake news constitute to the integrity of the electoral process.

According to him, “At CDD we have done our findings and seen that fake news really has the capacity to undermine the integrity of the electoral process, that’s why we felt we should bring the key actors across the media, fact checkers and the electoral commission to sit in a room and have an understanding of what their roles are when it comes to mounting a response against fake news.”

“Part of that skills building is for journalists, fact checkers and electoral commission staff (INEC) to have an understanding of the tools you can use to combat fake news, how they can deploy those tools, what part of the electoral terrain that they should focus their attention on when combating fake news, and a general overview of what strategy should be in terms of combating fake news.”

He noted that the training is an extension of accountability journalism.

“Holding political leaders and all of those who make claims in the very massive space called Internet and social media. Holding them accountable for whatever they put out there. This is to ensure that the voices of the Nigerian people triumph in the 2019 electoral process.”

He further explained that the organization targeted INEC staff for the training because a lot of peddlers of fake news target INEC, and when they target INEC, what they want to do is to undermine the credibility of the commission.

“They do that by putting out contrary information and misinformation and a lot of disinformation that we see are deliberate. It means that there are some actors in the political space who deliberately target INEC to bring down their esteem in the eyes of the public. What they also target in the process is the confidence of the voter, so that will fuel voter apathy.”

“If we have some staff within INEC who have the ability to detect fake news, proactively mount a response against it then it prevents a situation in which the peddlers of fake news and disinformation are able to attack the sanctity of the electoral process. If the voters don’t feel INEC is credible, what will happen is that people will be reluctant to come out and exercise their franchise and in a democracy where people do not come out exercise their franchise is an incomplete process and the legitimacy of that process can be questioned.”

“But where persuasion fails, advocacy fails, the next step is to mount a sustained response to it and that’s why for us the strategy is about response. There’s a need for us to have a proactive strategy in place to ensure that we have the facts the figures and methodology to mount a sustained and robust response that will ensure that the information people get, if it’s fake they will be told it’s fake and also warn them ahead of time and let them know some of the trends and situational context that play out to make fake news get to their doorstep so that they can be prepared and have that media literacy to be able to deal with fake news, even when they see one, they will be able to verify their sources and critique whatever information they are getting,” Ajanaku said