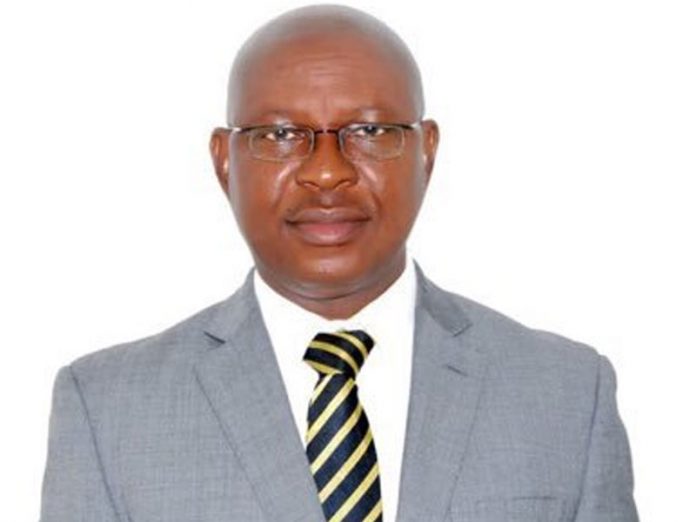 Following the second induction ceremony and annual general meeting of the Compliance Institute, Nigeria held recently, its President, Chairman of Board, FCIN Pattison Boleigha speaks on achievements of the organisation, amongst other matters arising. Adedayo Adejobi presents the excerpts:

Few years of being at the fore of driving the institute, what will you say the milestone has been so far?
The compliance institute has come a long way, even though we’ve just spent two years in operation. I think our major milestone and achievement is the fact that within a short period of time we’ve been able to certify one thousand, two hundred (1, 200) members as compliant professionals, grounded in the practice of compliance, haven taken the rigorous compliance institute exams. We have a very viable website with a lot of resources, and we are highly digital with the way we operate, so we don’t need to wait till we have large paraphernalia of office.

So we encourage members to interact with the institute on the digital platforms instead of with physical offices. That for us is another achievement. We will be opening our new office during the course of our programmes, next two weeks. That again is another success. We have been able to pull in international compliance bodies in Florida. We are going into an agreement with them that will significantly help to bring a lot of Nigerians who hitherto have been having difficulty in taking this exam to now take this exam at reduced prices and at their own convenience, that also is another major milestone we have achieved within a short time.

How do you aim to genuinely help stem the spread of corruption?
Frankly speaking, because we are a non-profit organisation, and because we are core professionals from our various backgrounds –those who are leading this effort – so there are typically no strings attached in the way and manner we are going to contribute to the fight against corruption. Now, how we are going to contribute our quota? First, you find out that there is a major gap in knowledge of how to implement a compliant programme that will drive the need for taking ownership for compliance, and creating a compliance culture.

That technical expertise in getting that done is what this institute is going to provide. So we have created these programmes; designated compliance professionals, the associate compliance institute, and then we are going to be having a diploma in customer due diligence which we know is one of the central topics in compliance, because the first thing you need to do if you want to comply very well, is you should be able to carry out proper due diligence with anybody you are dealing with. So we are coming up with webinars to make them easily accessible, we can create apps for them so that anybody can learn anything on compliance and how to comply. Then we will also form little compliance clubs in schools, (secondary to tertiary) so that people can learn about compliance at early stages of their lives, and we’ll be doing a lot of advocacy, and seminars every year where experts from all over the world will be invited to speak on diverse topics.

With the way the federal government is tackling corruption, what do you advise needs to be done better?
If you want to transform an existing situation, the first thing is to identify the area of dissatisfaction. So what is it that we are not doing well? Then, with strong motivation, you can move it to the next level. I think the area we have not gotten it right is that we must do everything we want to do in fighting corruption under the rule of law, because that is the surest and most sustainable way of fighting corruption, and convince the ordinary man on the street that even he, himself, is sure of having a fair treatment, and that it is not only when you are a big man you can get justice. So we need to build it on the altar of Rule of Law. Currently, what I see happening in the fight against corruption is that it is more of a deterrent approach, in other words, let’s do something to deter people from going into corruption.

So we will punish a couple of persons and others will see and not go into corruption. I like to fault that methodology. The solution to corruption is to ensure that you remove the opportunity for people to get into it. There are three things that will be present for wrong doings to happen: The opportunity, the rationalisation, the motive. Of these three things, you can only control one, which is the opportunity. Corruption happens in Nigeria because we have not addressed the opportunities that have been created for people to go into corruption. We need to put controls, and that is one thing that compliance preaches. The three things that compliance preaches, is regulatory watch and intelligence, embedding controls in the system, and then empowering the first line of defence to take ownership of compliance.

These are the three things that compliance wants to achieve. So of the three things that can lead you into corruption or fraud, the opportunities can only be controlled when you put in controls in place, and embed the controls in the system. That is not happening today. People still have access to government money. Why do you think corruption is not that rife in the private sector? It’s because of the controls.

So the government need to pay a lot more emphasis on developing controls within the administrative system of government to prevent people from having access to free money. So, for example, you have security votes, that you don’t even need to retire. What does that mean? It means there will be no accountability. So if you are not supposed to retire a security vote, you take it and spend it the way you like. There is no control. The security votes itself has created an opportunity. So as long as we are not ready to bring policy that will reduce and control the opportunities, corruption will not go away.

So that is going to be the approach for the compliance institute: Identify control gaps, get control measures and put the control in the system so that people don’t even have the opportunity to get to the money in first place. That way, you can reduce significantly the amount of corruption that will take place.

The second issue is that we want to see a situation where the compliance function will be very independent. Today we have compliance officers who have been appointed to run a compliance programme within an organisation, but are subject to being hired and fired by the managing director or by the board easily. So there is really no independence as such. You can only bark, but you can’t bite. These are the major challenges. The compliance officers too are human beings, and a typical compliance officer will also think of how to feed his family.

So if he knows that his job is not secured, he cannot take certain measures. So enforcement now becomes a problem. They need to have a lot of independence and they must be very ‘high up there’. So a situation where you have an organisation and the compliance officer is a low-level staff and doesn’t sit on the board, there is a limit to which you can drive compliance. These are the major challenges today, that the compliance has and even the compliance institute. As an institute, our major challenge right now is to be able to get our chatter from the National Assembly. We want to get the chatter because we don’t want the institute to be looked at as a one-man thing. It’s supposed to be a national agenda. So we need to get a charter so we can have the support of the government and government institution.