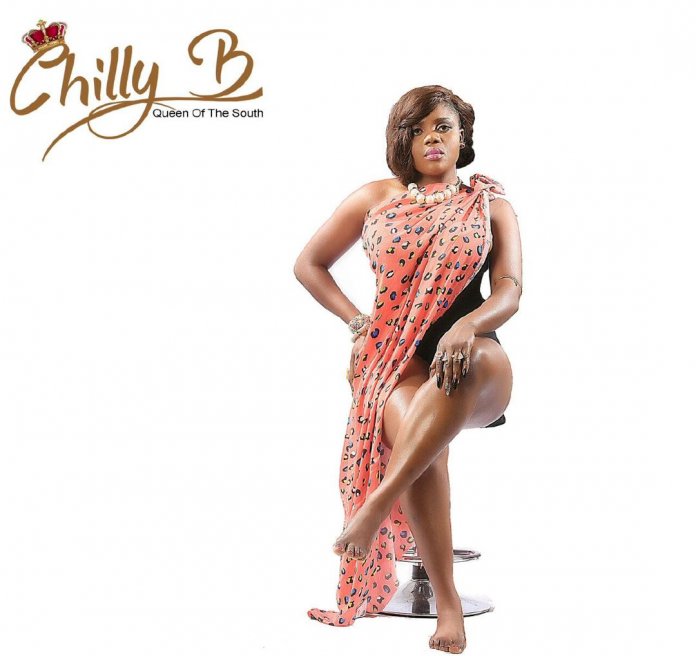 About a fortnight ago, fast rising actress, rapper and dancer, Amadi Gift Chinyere (Chilly B), was the soft trending news. She had granted an interview to a weekend tabloid in which she made public her experience with lesbians. It became a major sell-out in entertainment circuit and spread like wildfire online as major blogs and online soft sells milled on it. The sexy and curvaceous entertainer who packs flair for rapping and dancing reveals more about her career, relationship and marriage, in one-on-one with Ferdinand Ekechukwu

Her response was slow in coming like it was deliberate to circumvent any question she wasn’t comfortable with. From her tone, it appears she would first need to gain my confidence. I would need to explain to her some questions in the course of the chat. So I had assured Amadi Gift Chinyere aka Chilly B that it would interest her to feel free and respond to some harmless but healthy and interesting questions. “I like the sound ‘harmless but healthy’,” she acknowledged.

She had earlier had an interview which went viral. The weekend paper had led the story with her lesbian encounter. She would further tell this reporter the most expensive of the gifts she had received from a lesbian was a car gift which she returned. “How can you gift someone a gift with so many conditions attached to it?” She asked rhetorically. She must have this special body that appeals to bisexuals and lesbians. Not really. “Nothing special… I just have a great personality. I know I am a very loving person, great smile and kind so anyone I come in contact with after having several conversations will get attracted to my person.”

Most of them she meets at events or lounge when she goes out with friends. “Maybe my dance moves attracts them ohhhh. I didn’t mention I might not be an exclusive dancer but trust me when I dance you can stare and get lost,” she said laughing. But in all she wasn’t really worried by that though. Chilly B was born in Cameroon and bred in Mafoluku Oshodi. Her father is from Ebonyi State, while her mother from Oron in Cross River State. Earlier before the ensuing conversation, she had been in the market trying to get stuffs; her experience worsened afterwards, battling with traffic and having a dead phone that left her incommunicado for hours.

She has had to contend with traffic like every other person living on the Island. “If you remember, I told you I was in the market, battling with traffic for hours and having a dead phone make life super frustrating,” she confessed. Few days later, she would be at a pool party already booked for and wasn’t feeling too well for it. It is not uncommon experience. “I am sick, I thought I could manage, it’s not going down well with me, hospitalised today. I don’t know why all this is happening this period.

“Now I may have to make refunds and I have spent the cash and some on costumes,” she opened up. She seems to be not in tune with certain hooks required of a budding talent like her, such that is often acquired by having a manager to pull through especially with her being a gifted act. But “The one I have I ain’t feeling him but still holding on till I get a better one,” she stated without a slightest betrayal.

One thing she has going for her is the sensual pictures and lewd contents she posts online which gladdens her soul and makes her feel very good, a plus to her growing social media followers and her fans. Chilly B is an actress and a rap artiste, though endeared to the music part of her. With just a little over five years in acting for her was through acquiring a degree. “I read Theatre and Performing Arts in school. So, I had always acted even from school,” she recalled. She has featured in quite a couple of movies. Her film credits include Cross Instincts, Estate Runs, Bed Desires and Kidnapped. “If I had acted in all the offers I get this year alone would have been more than 15 films,” she averred, that “I will choose my rap music over acting any day.”

Unlike most budding acts of her age, experience and exposure in the industry, she claimed to have had no unpleasant or pejorative encounter from movie producers or directors. In a way, she always let them know that she is more of a singer. “I always let them know that I am a rapper not an actress and that acting is only a side love. Just so they know in case any producer or director feels he can act funny.”

Having had to act in one set alongside her major five favourite actors in a sub lead role happened to be the high point of her hustle yet for the young actress. “The best moment was when I acted alongside my five favouite actors all in one set and I happened to play a sub lead role in the movie Itoro The House Girl. Annie Idibia, Moyo Lawal, Amanda Ebiye, and Halima Abubakar.” Like a very good girl, her seeming innocence as a budding actress reflects in her response that any role that has to do with kissing is a No and turn off. “I can’t imagine myself kissing another person, never.” Maybe with a good pay to it she might have a rethink.

ON HER RELATIONSHIP AND IDEAL MAN, THE SUPER CURVACEOUS STAR SUMS IT UP IN ONE WORD NOBLE. “HE MUST BE VERY NOBLE.” FOR THE FAST RISING ACTRESS HAS GOT NO FEARS REGARDING MARRIAGE. “WHEN GOD GIVES YOU SOMETHING IT COMES WITH HAPPINESS AND ADDED NO SORROWS. SO, GOD GAVE ME THE PERFECT PERSON SUITABLE FOR ME. I’M NOT SLEEPING HERE. I HAVE CALLED HIM TO COME GET ME,” REFERRING TO HER FIANCÉE. “HE HAS SORTED MY HOSPITAL BILL.”