John Shiklam writes that with the recent medical exploits at the Thelish Eye Centre in Kaduna, a joint partnership with Dr. Agarwal’s Eye Institute, India, Nigerians need not travel abroad for medical tourism

Private initiatives in Nigeria’s health sector have contributed to the reduction of the number of Nigerians traveling abroad for solutions for their medical problems.

Over the years, the private sector has taken up the challenges by investing in the establishment of hospitals or collaborating with foreign investors to set up hospitals with the state of the art equipment.

With the best professionals drawn from within and outside the country, these hospitals had proven that they have the captivity to provide medical solutions to those ailments which Nigerians travel abroad for.
One of such hospitals is Thelish Eye Centre, Kaduna, which was jointly founded with the India-based Dr. Agarwal’s Eye Institute, in February, 2012.

Since the centre commenced operations six years ago, many people from across the country have gone there to seek for solutions to various eye problems, some of which they would have had to travel abroad for treatment.
Equipped with multi-million naira equipment, the latest technology in the industry and top rated personnel from India, the centre has been able to carve a niche for itself as one of the leading eye hospitals in the country.
According to the Director of the centre, Dr. Ime Etuk, it has provided the opportunity for Nigerians to stay in their country and receive world class medical treatment, which they hitherto sought abroad, thereby reducing the cost of traveling and medical expenses.

Exploits
Equipped with the latest technologies, the centre which is manned by expatriates has blazed the trail in breakthroughs in various forms of eye surgeries in Nigeria. One of such exploits was the recent successful surgery on a nine months old baby, who underwent corneal transplant.
The transplant was done by a 27 years old surgeon, Dr. Smith M. Bavariya, the youngest surgeon to have carried out corneal transplant in the whole of Africa.

“I am the only surgeon who has been doing the transplant throughout Africa, especially that small baby”, Bavariya said, noting that “before now, patients were sent to India for the transplant”.

The cornea is the protective outer layer of the eye. If it is damaged by disease, infection or an injury, the resulting scars can affect vision. Corneal disease refers to many conditions that affect this part of the eye.
According to him, many people were coming to India hence, the decision by Dr. Agarwal’s Eye Institute to establish the centre jointly with Thelish Eye Centre in Kaduna so as to reduce medical tourism.

“Otherwise if these people are to go to India, the air travel, the accommodation, visa and so on, would have cost them a fortune,” he noted.

Bavariya said the baby’s surgery, was a major breakthrough and the first in Nigeria and in Africa.
“The baby was brought by the parents from Portharcourt, Rivers state, having suffered from measles which later developed into corneal opacity.”

Besides the baby, Bavariya said corneal transplants are carried out six to seven times every month at the centre.

He said Dr. Agarwal’s Eye Institute in India had developed a technique called Glued IoL, “It is used where we cannot fix the lens in a patient in normal circumstances, especially cases like injuries, some defects or lack of proper support of the lanes.”

According to him, the Glued IoL technique is very unique, saying that it is used to fix the lens in cases injuries to the eye.

“It will give your eye sharp vision as a normal person. We remove the cataract and blood injury that messed up everything inside the eye. In those circumstances, we cannot put the lens as normal cataract patients.” he explained further.

He said “sometimes wrong surgeries can lead to cornea problems” adding that in those cases, cornea transplant is the solution.

“Every month we import five to six corneas and every month we do cornea transplants with excellent results. It is imported from Chicago, United States of America and therefore the surgery is a little expensive.”

Reduction of Economic Burden
He said the centre has reduced the economic burden of the patients who would have traveled abroad, saying that the same technology and expertise used in India were also used at the centre in Nigeria.

The surgeon said: “Whether it is in London or in the USA, it is the same technology, the same quality of the lenses and machines that we are using here” he added.

According to him, since cornea is imported, it is expensive, adding however that, the quality of the vision is not beyond reach.

“If you go outside the country to do it, the cost would be triple or more. We don’t get cornea in Africa so we get it from India or USA” he said.

“In some cases, blasts and sharp metals that entered the eye, messed it up and the lens cannot be put properly. In such cases, we fix the lens with specialised glue- the human glue made of human blood.

“It is not harmful, it is not like the glue we use to stick something. It is just a blood extract. We use it to fix the lens,” he explained.

According to him, in most cases, the corneal transplant is done with the Glue IoL and Vitrectomy to remove the foreign body.
He however said those with diabetes and hypertension were more affected with retina problems and advised that people with such problems should check their retina every year if they noticed that their vision is going down.
“They should immediately see a consultant. I want to emphasise that people with hypertension and diabetes must check their eyes” he advises.

Glaucoma as a Silent Killer
Speaking further, Bavariya also noted that another serious problem is glaucoma which he described as a “silent killer”.
“You will not know that your vision is going down because there will be no pain, no itching no irritation, nothing. The vision lost starts from the periphery and gradually you lose your sight. In glaucoma, nothing can be done rather than to control the pressure” he advised.

He lamented that unfortunately, in Africa, the prevalence of glaucoma and the nature of the disease was far aggressive than the patients in Asia.

“In India, if I see a glaucoma patient, it will not be that much aggressive because of the genetical presence of glaucoma in Africa.
“My message is that people should go for routine eye check and glaucoma screening. You cannot cure glaucoma but you can control the pressure on the eye, and once it is controlled you can see throughout your life time.
If you have a family history of glaucoma, it is important to go for regular eye check” he further advises.

Testimonials
Some of the patients who spoke in an interview THISDAY said they heard about the centre after years of going from hospital to hospital in search of solution to their eye problems.
One of the patients, Chizarom Azodoh, 16, from Owerri, Imo State was having challenges with his sight since he was born.

His senior brother, Chibueze Azodoh, who brought him to the centre told THISDAY in an interview that Chizarom was born with cataract and the problem had lingered after surgery at a hospital in Kano.
“My brother was born with eye cataract. When we went to a hospital in Kano, the doctor said he was too tender to be operated on. He was just eight weeks and the doctor said he should be three months before the operation” Chibueze said.

He said when Chizarom turned 12 weeks, their parents took him back to Kano and both eyes were operated upon and the cataract was removed.
“When he came back, he was alright, he was using sun glasses then. One day, a fellow student thought the glasses was just for fashion and they were dragging for it and the eye was affected. He continued bleeding, shedding tears. We took him back to Kano. We were told that the lens shifted and they had to be removed.

“When they removed the lens, his eyes continued turning white by the day. We were told that the person that operated on him in Kano had gone back to India and there was no capable hand again.
“So we kept on searching for a place, not until two months ago, when my younger brother’s friend said there is a place he knows in Kaduna. A month after, we came here, we thought that the eye is already condemned because it was becoming so white.

“When we came they said they will conduct a test on the retina and if it is good, they could continue with cornea transplant, but if it is bad, it would not be effective.
“The test was conducted and it was confirmed that the retina is good and he could do the transplant. The doctor wanted to operate the two eyes, but my father said we should first do the one that is very bad before the other eye,” Chibueze narrated.
Also, Salami Pa Patrick, 60, had his eye damaged by a quack doctor who operated on him in Kaduna.
“I just discovered that I couldn’t see properly. So I told my son who said he knows one doctor and that we should go there.

“I asked my son how effective is the doctor? We eventually went there; the man said he can operate on my eyes. I didn’t see the instruments he used; he just started punching my eyes. The man turned out to be a traditional doctor. But after this operation now, I have regained my sight now,” he said.

It was learnt that Patrick’s operation was free as he could not afford to pay for the surgery which costs over N650, 000, but was asked to take care of his drugs.

There were several other patients from the Northeast with various eye problems caused by explosions and bomb blasts by the Boko Haram terrorists.

With hospitals like Thelish Eye Centre and several others spread across the country, Nigerians don’t necessarily have to travel outside for medical tourism. 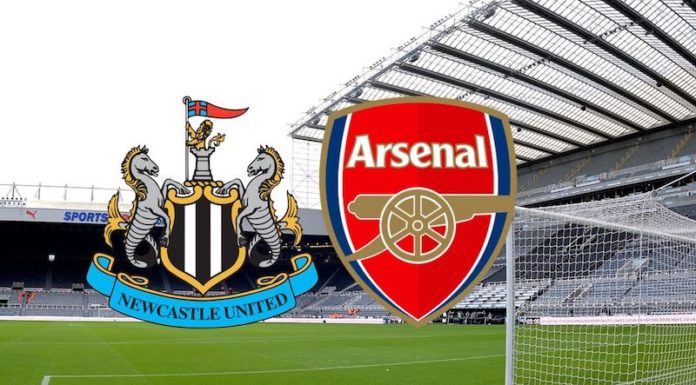