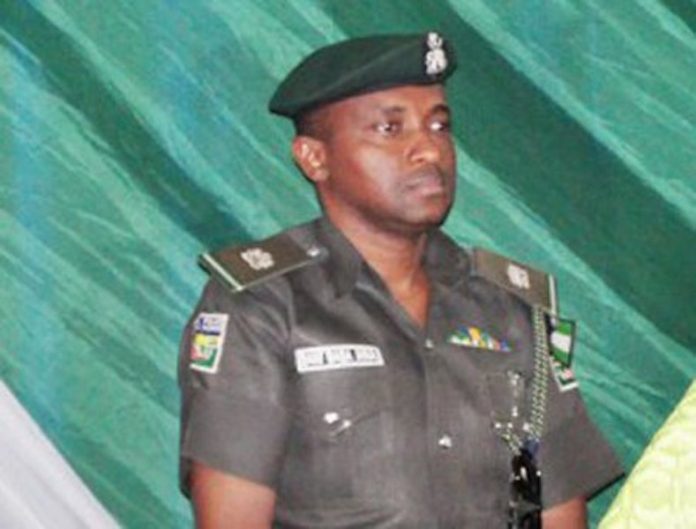 The Department of State Services (DSS) has handed over the Aide De Camp (ADC) to the wife of the President, Aisha Buhari, Chief Superintendent of Police (CSP) Mohammed Baba-Inna, to the police for further investigation over corruption allegations.

Baba-Inna was accused of using the name and office of the First Lady to extort money from members of the public.

The ADC was handed over to the DSS for detailed investigation after the police failed to establish the allegations of defamation of character and extortion against him.

However, after a month and four days it received the defendant, DSS yesterday released him to the police for “further administrative action,” according to a statement by the Head of Public Relations of the DSS, Peter Afunanya.

The statement read, “The Department of State Services wishes to inform the public that it has released Sani Mohammed Baba-Inna (CSP), ADC to the First Lady and Wife of the President, Hajiya Aisha BUHARI. He has been handed over to the Police for further administrative action.

“It would be recalled that BABA-INNA was, on 22nd of September, 2018, handed to the Service by the Police authorities for detailed investigations. He had been accused of defamation of character and unduly using his Office and that of the First Lady to fraudulently extort and obtain money from sources”.

According to the DSS, its investigation revealed that the ADC who was alleged to have carried out the illegal and other unethical activities in the name of the First Lady on whose behalf he falsely claimed to have acted “was never, at any given time or circumstance, directly or indirectly, instructed, by the First Lady, to act or collect, in her name, money or material gifts from any person(s) or group(s).

“In line with standard procedures expected in handling a matter of this nature, BABA-INNA is returned to the Police for appropriate regimental action. Accordingly, the details of the investigation report have also been forwarded to the relevant authorities”, the statement added.