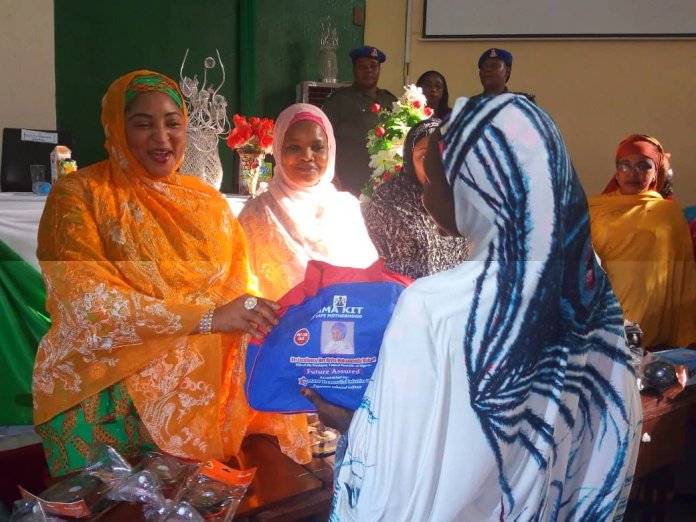 The Jigawa Government on Tuesday said it had disbursed over N187 million grant to 35,810 women as part of its Women Empowerment Programme in the state.

The Special Adviser to Governor Muhammed Badaru on Economic Development, Alhaji Abba Mujaddadi, disclosed this in an interview with the News Agency of Nigeria (NAN) in Hadejia.

He said the sum of N176.35 was disbursed to a set of 35,270 women by the wife of the state governor, Hajiya Magajiya Badaru.

Mujaddadi said the women, who were drawn from the 3,527 polling units in the state, received N5,000 each, adding that 10 women were selected from each polling unit.

The special adviser said another set of 540 women, who owned eateries, got N10.8 million grant and 1,080 firewood stoves.

He explained that each beneficiary in this category received N20,000 and two stoves to enhance her cooking business.

On the Goats Breeding Microfinance Scheme, Mujaddadi said 8,535 women had so far received 25,605 goats under the scheme.

He noted that the programme was the most successful micro credit scheme in the state, with 92 per cent retention and 79 per cent repayment level.

The special adviser said that the empowerment was borne out of government’s desire to create job opportunities for women to be self-reliant.

“This government is committed to empowering women to make them become productive and self-reliant.

“It is our firm belief that if a woman is in a good financial standing, there will be peace and stability in the family,” he said.

Mujaddadi urged the women to use the grants wisely to improve their living conditions. (NAN)