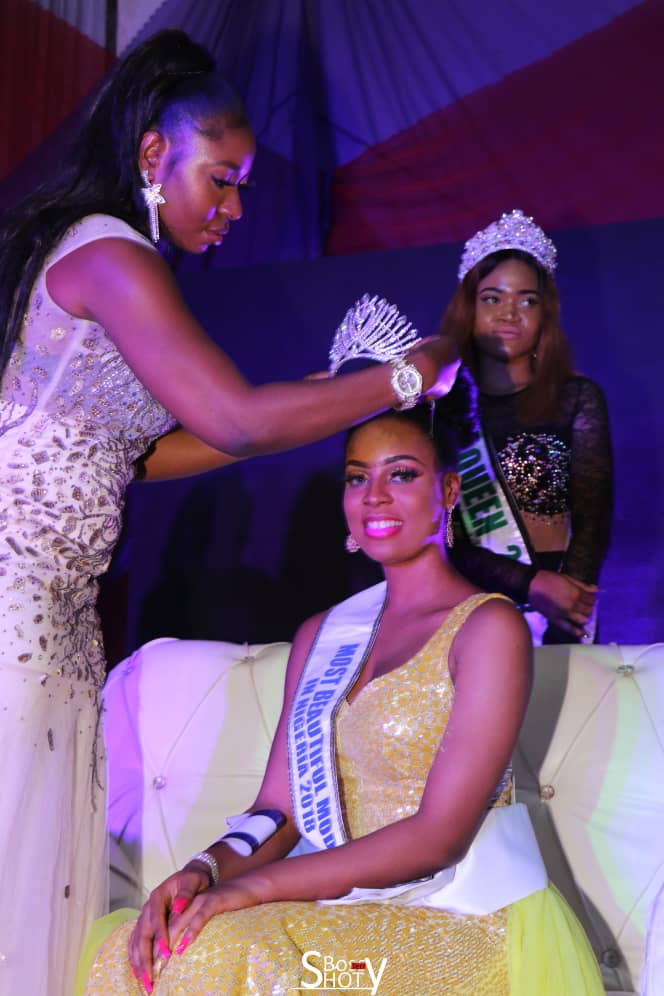 The glamourous grand finale of the 2018 Most Beautiful Model in Nigeria and Art Exhibition Concert has ended with the appointment of Favour Umeike as the historic winner of the pageant. Her emergence as the reigning queen was subject to her outstanding vigour, creative intellect and iconic prospects.

Queen Favour Umeike was filled with Joy and excitement as she was confirmed winner of the 2018 edition of Most Beautiful Model in Nigeria. She represent Nigeria at the Miss Universe contest, an international contest scheduled to hold next year.

The pageant was organised by Amity Global Network, packaged by Fajag Concept, Supported by Dolce Entertainment and hosted by popular comedians, MC Bob and Shortcut. It was an awesome night of excitement as the judges had a difficult time in deciding the eventual winners.

However, the newly crowned Queen, Favour Umeike told reporters that her reign as the Most Beautiful Model in Nigeria will help promote the sterling values of women.

Other distinguished recognitions were Most Beautiful Model in Nigeria Tourism, which was won by Precious Omueze, Harmony Nwabufo was crowned Most Beautiful Model South east, Francess Onwuzulike, Southwest and Mercy Ndubuisi was decorated as the Face of Amity Global Network.

Most Beautiful Model in Nigeria and Art Exhibition Concert is known for outstanding capacity in identifying, training and nurturing models to fame and international recognition.