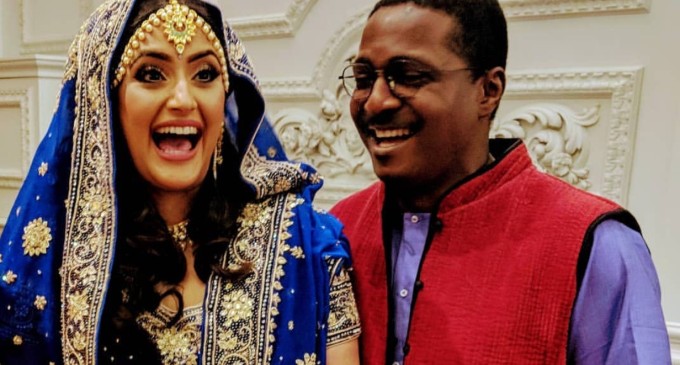 Boss of defunct HiTV, Toyin Subair is in cloud seven with Anita Gumpta and savouring his marriage to the Indian, writes Ferdinand Ekechukwu

The last healthy piece of news that was heard of Toyin Subair, after the huge financial crisis that sent his promising cable television company aground was his emergence in London where he was said to be putting the pieces of his life together.

It was further reported that the flamboyant socialite had established a new line of business courtesy of his bosom friend and oil mogul, Kola Aluko who assisted him in setting up a night club in London.

Subair is in the news again. The owner of defunct pay television station, HiTV recently got married to his beautiful lover of many years, Anita Gupta. Subair the jolly good guy who divorced his first wife some years ago got married at a colorful and classy event in faraway India. Though a small gathering, the wedding had in excess the components of an elaborate Nigerian party.

With this could be said a new lease of life for Subair. Hardly anyone believed that Subair would find another love of his life soon.

An entertainment lawyer by profession, Subair holds a more poignant modern version of the hero-to-zero tale.

Here was the enterprising entrepreneur who emerged from nowhere a few years ago with his indigenous pay TV company, HiTV. Determined to give his competitors a run for their money, he arrived the scene with a lot of fresh ideas that made him worthy of emulation and became an overnight sensation and almost sent its major competitor, South African based DSTV, out of the market. Such was the feat of his success with the satellite TV which earned him endless tributes.