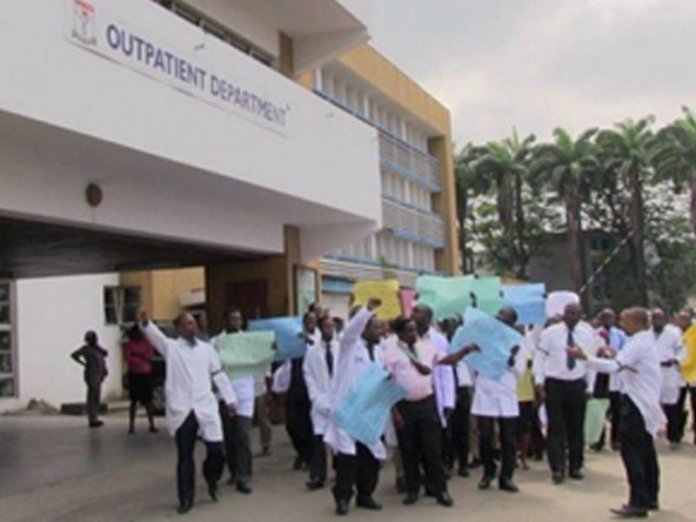 The Medical and Health Workers Union of Nigeria (MHWUN) has lamented that President Muhammadu Buhari has deliberately refused to give them audience despite many attempts to see him about the unhealthy industrial relations in the health sector.

President MHWUN, Josiah Biobelemoye, stated this at the public lecture to mark the 40th anniversary celebration of the Medical and Health Workers Union of Nigeria (MHWUN); titled: “Industrial Relations in Nigeria Today, Challenges and Prospects,” in Abuja recently.

He insisted that until the president gives audience to the health workers, he will never know the truth about happenings in the health sector.

He, however, reiterated that, there must be justice and fairness in the health sector for it to enjoy peaceful industrial relations.

MHWUN further regretted that Buhari has given audience three times to the members of the Nigeria Medical Association (NMA), but failed to give the health workers audience even once since he came to power over three years ago.

“When he does that, he will know the truth.
What we are saying is that justice should be given to us. The president should give us audience.”

He therefore called on the government to respect collective agreement entered between his group and the government, reiterating that: “until the bias stops, the health system cannot work well. There will be no peace if other professions are seen as more superior to others”.

The health workers, Biobelemoye said, have been working hard to maintain peace in the sector, but however, alleged that, “but this has eluded us because some people have deliberated refused to allow the peace to remain.

“There have been deliberate efforts to cause chaos in the system so that they can use that to advance their own hidden venture of privatization so that they can go back and buy the hospitals for peanuts and deprive the common people of accessing healthcare services”. he added.