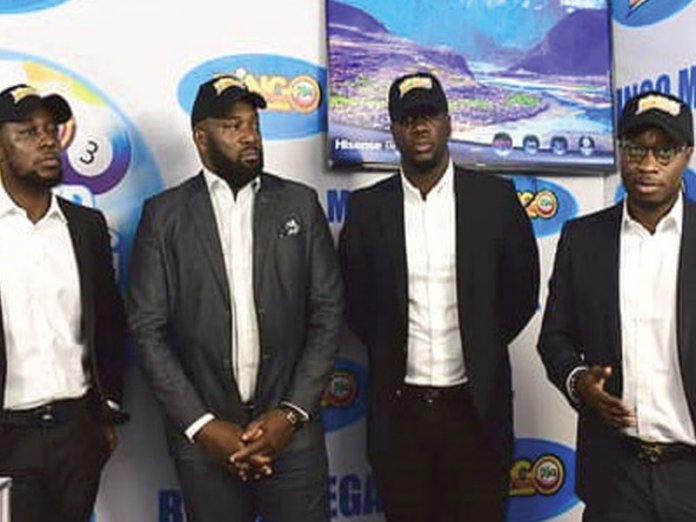 A new gaming company, Bingo9ja has introduced a gaming platform that will revolutionise lottery business in Nigeria and make it more exciting to play and win big, using a cutting-edge technology.

Being the first of its kind, Bingo9ja will specifically deploy Blockchain Technology to change how people play the lottery in Nigeria with ground operations starting this week in Lagos.

The company, Ikorne Games, Parent company of Bingo9ja, aims to make it easy for all gaming enthusiasts to play different kinds of lottery and classified games from the comfort of their homes either by using their Blockchain backed Mobile App, Blockchain node integrated terminals and the USSD applications.
With the fast development and adoption of the Blockchain technology all over the world, Bingo9ja is looking at breaking popular conventions and stigma attached to playing lottery games, popular known as Lotto in Nigeria, thereby creating a “techy lifestyle” movement of gamers.

Speaking at the media launch in Lagos, the CEO and Founder of Ikorne Games, Eni Eniola, stated that the intention of the company is to use the ease and proliferation of mobile phones while leveraging on cutting-edge technology to make gaming more accessible to everyone.

The co-Founder and Chief Operating Officer, Tele Oyegoke, said not only will Bingo9ja gamers be able to play the games using multiple channels, they will also be able to use their Bingo9ja loyalty pass cards in participating stores, petrol stations, restaurants and lifestyle outlets.

Bingo9ja’s game centre plans to introduce seven different fun games with a daily bonus, such as “spin and win” game. Other games include “Fast Cash”, “Scratch and Win”, “Bingo”, “Bingo Mega”, “Pick 3”, “Pick 4” and “Keno”.
Eniola, also promised that in the coming months, there would be an addition of different types of fun games particularly interactive peer to peer games that not only allow gamers to play with friends in home and abroad, but also gives gamers a chance to win numerous prizes and money.

“The goal is to gradually introduce different types of fun and engaging games and also with the possibility of winning millions of naira,” Eniola said.

According to him, “The games will be drawn live on all social media platforms, after which winners using the mobile app can withdraw their winnings instantly while gamers who played via the agents terminals could pick up their winnings from the agentsor get credited directed into their bank accounts, whichever is preferred.”