Following its business combination agreement with Diamond Bank Plc, Access Bank Plc yesterday disclosed that it had finalised terms and obtained regulatory approvals for it to raise a fresh $250 million tier II capital.

Group Managing Director/Chief Executive Officer, Access Bank, Mr. Herbert Wigwe, who disclosed this during a media briefing in Lagos yesterday, said the fund would be available for drawdown in January 2019.

Wigwe also confirmed that Access Bank has obtained a “no objection” from the Central Bank of Nigeria (CBN) to undertake a rights issue to raise up to N75 billion ($207 million) before the end of first quarter of 2019.

He, however, pointed out that shareholder approvals and other regulatory approvals would be obtained before the offer opens.

This, he said would accelerate the capital management plan of the combined entity to support retail growth, previously set out in Access Bank’s five-year strategy.

He said, “Let me let you know we have actually concluded with some of our partners to raise tier II capital. That would be ready for drawdown before the end of January and that is about $250 million.

“The reason is to make sure that even though we have more than enough capital today, that in the emerging entity, we have the strongest capital base that is required to support an entity of that nature.

“Access Bank has enough capacity to consummate this merger without additional capital. We are also taking steps to ensure that in line with international best practice and the need to create a capital buffer, the new institution that is being created will have adequate capital to support it going into the future.”

According to the Access Bank boss, the combined enterprise would be a large and diversified bank with an extremely extensive retail footprint.

He added, “Together, we would have 27 million customers, which is the largest customer base of any bank on the continent. We would have 33,000 point of sale (PoS) terminals, 3,300 automated teller machines (ATMs) and all of that.

“Of course, we have obtained a ‘no objection’ letter from the Central Bank of Nigeria, which is a very important part of the approval process.

“Access Bank has grown over time and has built a very strong wholesale banking capability. We have also shown significant expertise as far as treasury is concerned, risk management as well as our capital management plan.

“We created and pushed a very strong value chain strategy which was our own way of building our retail business.

“This was because we realised that the creation of a large diversified bank is critical, not just for Nigeria, but in Africa and the world. If you go to any part of the world, what you tend to see is that the top three or top five banks technically control market share.”

Speaking further, Wigwe said the combination of Access Bank and Diamond Bank would ensure that “we are able to take and solve customers’ issues right from the wholesale end, down to the man in the village, just because of the use of technology.”

He expressed optimism that the process of combining both institutions would not pose any challenge.

According to him, “For us, we have built a very strong capability as far as mergers and acquisitions are concerned. One of the benefits we have is the fact that having done it before, we have learnt from the mistakes of the past and the benefits of what had been.

“So, integrating Diamond Bank is going to be better than all the ones we have done in the past. The Intercontinental Bank transaction gave us the learning point we needed as far as this transaction is concerned.

“Our expectation is that this transaction will be finished before the end of next year.”

Wigwe insisted that the deal was a merger and not an acquisition.

He assured staff of Diamond Bank that the motive of the deal was not to throw workers out of jobs, saying, “Just like both institutions operate on a performance appraisal methodology, it is important that we continue on that part.”

On his part, the Chief Executive Officer of Diamond Bank Plc, Mr. Uzoma Dozie, said the deal was driven by value.

He stated, “The merger is positive for all of Diamond Bank stakeholders, including customers, employees and shareholders. In particular, customers will benefit significantly through the unrivalled combination of the best of Diamond Bank’s retail and digital leadership with the size of Access Bank’s balance sheet, corporate names and geographical reach.

“In reaching this decision, the shared passion for leveraging Nigeria’s youthful and entrepreneurial talent, and a commitment to better outcomes through financial inclusion have convinced us that this is the right combination.

“I believe that the combination of two strong and admired brands, with shared values and complementary strengths, will be a strong force for positive change in the Nigerian and African retail landscape. As a result, this merger creates significant potential for sustainable long-term growth which stands to benefit customers, employees and shareholders alike.”

The Deputy Managing Director of Access Bank, Mr. Roosevelt Ogbonna, also said, “We are doing this to create value and ultimately when value is created, the main beneficiaries are the shareholders. This is not about ego, but about creating value for our shareholders.” 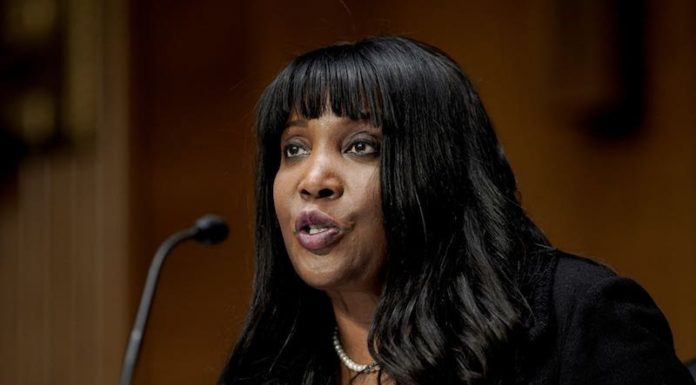 Lisa Cook’s Rise as First Black Woman at the U.S. Federal Reserve Board