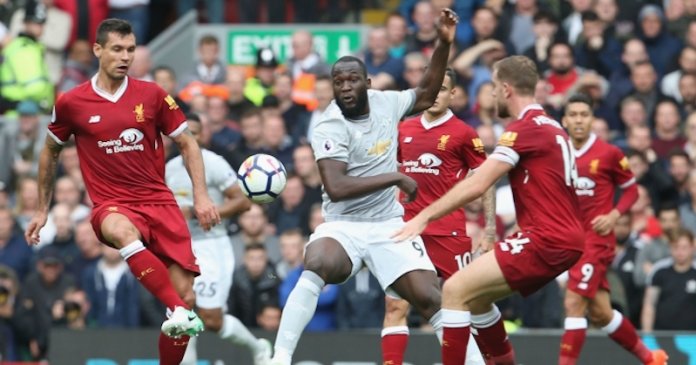 Holders Real Madrid were paired with Ajax in Monday’s draw in Nyon as the Spaniards attempt to lift the trophy for the fifth time in six seasons, while Lionel Messi and Barcelona will play Lyon.

Both Liverpool and Bayern have a rich tradition in the competition, with Jurgen Klopp returning to his homeland to face the side that beat his Borussia Dortmund team in the 2013 final.
Liverpool, defeated finalists last season, are the current form side of the two and sit top of the Premier League while Bayern have been far short of their own high standards in the Bundesliga this term.

“That’s the team of the hour, the league leaders in England, they are playing really good football, very physical, really stepping it up. We are looking forward to it,” Bayern sporting director Hasan Salihamidzic said of the tie with Liverpool.
“A tough cookie, but that’s something to look forward to as a player.”

Klopp said: “It will be a tough one, an interesting one, and I am looking forward to it.”
Pep Guardiola’s Manchester City take on German side Schalke 04 while Atletico Madrid, runners-up in 2014 and 2016, come up against Cristiano Ronaldo and Italian heavyweights Juventus.

“A very difficult match, with few goals,” Juve vice-president Pavel Nedved predicted.
“No doubt Cristiano is the man of the Champions League, he has always shown that, with goals and victories. Our team is very strong and we can be calm and confident.”

Bundesliga leaders Dortmund will meet Tottenham Hotspur for the second season in a row, having faced each other in last year’s group stage, while Roma meet two-time former champions Porto.
“We’ve already met them (Tottenham) twice. A strong opponent, the chances are at 50-50. The team has top players. We are also strong, it will be interesting,” Dortmund CEO Hans-Joachim Watzke told Sky.

United, at a low ebb after Sunday’s 3-1 defeat to Liverpool, meet PSG for the first time and a formidable task awaits against a side featuring Neymar and Kylian Mbappe – the world’s two most expensive players.

“It’s the same thing against Mourinho. He has lots of experience in this competition and you must have respect,” he added.
Manchester City’s director of football Txiki Begiristain warned the English champions will not have it easy against a Schalke outfit languishing in 13th place in Germany following a nightmare start.

“Teams that have been struggling in their leagues have still they’ve done very well in the Champions League,” said Begiristain.
“Schalke will be difficult. After a winter break, German clubs are always very dangerous.”
Lyon coach Bruno Genesio says his team can draw on their group-stage displays against City – a 2-1 away win and 2-2 home draw – ahead of their clash with five-time European champions Barca.

“We’ll need to pull off two big performances, in the first leg and in the return, but we can do it. We did it against City,” said Genesio.
“It’s tough. They are a team that Lyon has already played against but never beaten. Barca are more experienced and stronger but over two matches anything is possible,” Gerard Houllier, who holds an advisory role at the French club, told RMC Sport.

“The first match is key and we are playing at home. Barca are potential champions. We have nothing to lose. Everything is a bonus for Lyon.”
Teams that finished in second place in the group stage will host the first legs on February 12/13 and 19/20 with the return matches scheduled for March 5/6 and 12/13.