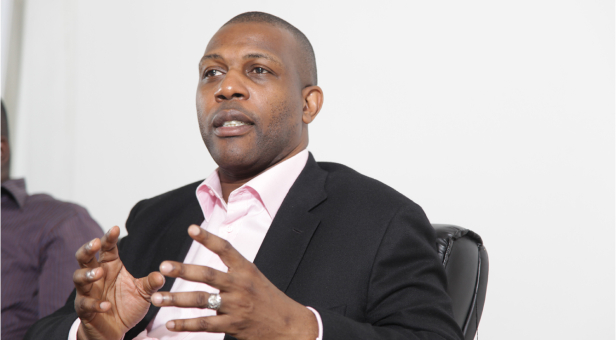 Mr.  Tonye Princewill,  former governorship aspirant in Rivers State thinks the recent peace accord may be an  encouragement to the peace process,  even if it does not go far enough

Do you agree with the prevailing notion that the recent peace accord signed by presidential candidates of the various political parties does not necessarily guarantee they would keep the peace?

I take a slightly different view.  I think a peace accord is a minimum prerequisite considering the way we play our politics. In that regard, I am all for it. I don’t believe that the purpose of the accord is to guarantee peace, more to encourage it. Having said that, I don’t think this goes far enough. I am a firm believer in being, not just tough on the problem, but also tough on the causes of the problem. Being tough on the problem means unless there are consequences for violating the peace, the peace will always continue to be violated. I didn’t see tough consequences in the recent peace accord.

In 2015, three candidates (of which I was one) signed a peace accord in Rivers state, yet it was the most violent election ever. Where there any consequences? No. The US government, the U.K. government and the EU championed that process in company of a few statesmen. It had no teeth. I can think of several ways to put teeth in the accord, but those who should are not willing. We will continue to see these ceremonies once every four years.

Being tough on the causes, means dealing with issues which have forever plagued this country. Namely corruption, a lack of basic education, promoting internal party democracy,  small arms proliferation and youth unemployment. That responsibility rests with governments at federal and at state level. No foreign government can fix that problem for us. However Nigerians are some of the most adaptable humans on earth. Show them a deterrent and give them options and you will need no signing of peace accords.

Opponents of President Muhammadu Buhari insist that his commitment to signing the Electoral Act offers a better assurance for peace at the 2019 polls,  what do you think?

Exactly the opposite. Thanks to the selfish interest of the National Assembly leaders who wanted to alter the order of elections and hold the executive to ransom, this bill has gone through multiple attempts that need not have been. Four years wasted. This final version not only falls short, it comes too late for any positive impact to come out of it. A new change now, to the electoral act, this close to an election, is not only irresponsible but incompetent. It is also ill-advised. That is not me talking, those are the conclusions reached by multiple international bodies who all state that election rules should not be changed within six months of an election. Common sense would have dictated that they work out the way forward in partnership with the executive. The current electoral act is a PDP inspired legislation, signed into law by a PDP President and it was used to remove them. So it works.

What can be done to curtail the excesses of supporters of these candidates who appear to be the ones that forment trouble?

There should be consequences. That is what is currently missing. I can go through the gaps that currently exist but it would take too much of our time. Besides, they are well known.

Would you say the parties to the peace accord have demonstrated sufficient interest in the peace process?

At the Presidential level, I’d like to think so, I have no evidence to prove otherwise. It’s more or less ceremonial, like the debates. Nice to have, lots of untapped potential, but not enough present value. The place where we have a problem, is in the states.

Review of Some of the Significant Decisions: Labour & Employment 2020