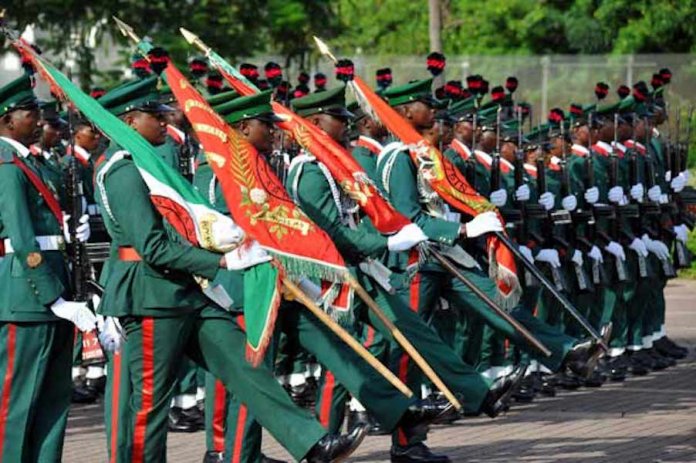 The Guards Brigade is to hold a Special Parade as part of activities to mark President Muhammadu Buhari’s 76th birthday.

The News Agency of Nigeria (NAN) reports that Buhari, who clocked 76 years today, is expected to attend the special parade slated for the fore court of the Presidential Villa, Abuja, at 12.p.m.

Members of the Federal Executive Council (FEC) and other prominent personalities are also expected to grace the occasion as the president continued to receive goodwill messages from within and outside the country.

Former Military President, Gen. Ibrahim Babangida, in his congratulatory message on Sunday praised Buhari, while acknowledging that the president had remained focused and shown tremendous energy and vibrancy in running the affairs of Nigeria since 2015.

Babangida also acknowledged Buhari’s patriotism and commitment to serve the nation diligently with honesty and sincerity of purpose.

Gov. Simon Lalong of Plateau, who also congratulated the president on his 76th birthday, noted with delight that Buhari had changed the negative narrative about Nigeria among the comity of nations with his fight against corruption.

“Your Excellency, you have succeeded in changing the hitherto negative narrative about Nigeria and its attendant image in the comity of nations.

“Buhari successfully did it within a record time of his first tenure in office.’’

NANS’ message was signed by its National Public Relations Officer, Mr Bestman Okereafor, and made available to the News Agency of Nigeria (NAN) in Enugu on Sunday.

Okereafor said that Buhari, who is also the Chairman of the Economic Community of West Africa States (ECOWAS), had displayed great commitment in repositioning Africa for growth and economic sustainability.

“Mr President, no doubt, has consistently displayed an unrivaled commitment to a better Africa and Nigeria,’’ he said.

Gov. Oluwarotimi Akeredolu of Ondo State, who also congratulated the president, sought the support and prayers of Nigerians for Buhari to enable him serve the country better.

Buhari was born in Daura 0n Dec. 17, 1941 and joined the Nigerian Army in 1961, after his early education in both Daura and Katsina.

He was commissioned a second lieutenant at the age of 20 and appointed Platoon Commander of the Second Infantry Battalion in Abeokuta.

From then on, his military career blossomed. At the head of several commands, before, during and after the civil war, Buhari in 1973 attended the Defence Services Staff College, Wellington, India.

After the 1975 coup that brought Murtala Muhammed to power, Buhari was appointed governor of the North Eastern state.

Buhari was appointed minister of petroleum resources in 1976 by Gen. Olusegun Obasanjo, who succeeded Muhammed after the aborted coup of same year.

After the military handed over power to Shehu Shagari in 1979, Buhari, then a colonel attended the U.S. Army War College in Pennsylvania, where he obtained a Master’s Degree in Strategic Studies.

He returned home to serve at various times as General Officer Commanding, 4th Infantry Division, 2nd Mechanised Infantry Division and Third Armoured Division in Jos, which he deployed to chase out of Nigeria an invading Chadian forces in 1983.

Buhari retreated into civilian life after several years of restriction by the Babangida administration, after which he served as chairman of Petroleum Trust Fund (PTF) during Sani Abacha era.

On his fourth attempt in 2015, he won and became the first challenger to defeat an incumbent in the presidential election in Nigeria. (NAN)