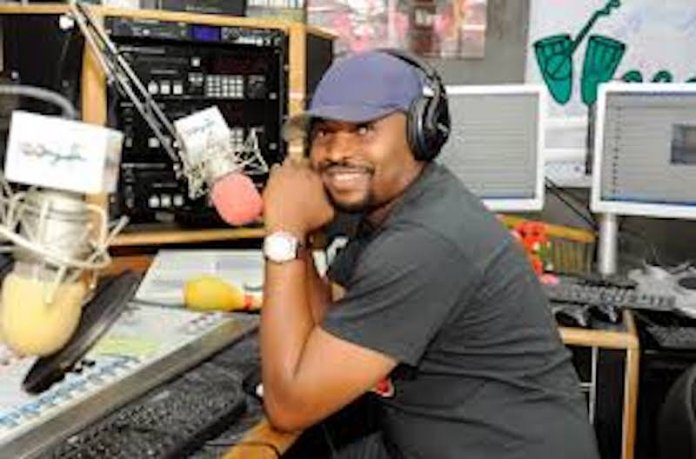 My Parents Thought I Would End Up Useless

You produced ‘Smash.’ Tell us about it?
Smash is about five young men with five different career paths, five different lifestyles and five different excuses not to get married now. They all have one thing in common – flimsy and funny excuses. The movie features Yaw as one of the lead characters. It also features Iyabo Ojo, Gideon Okeke, Ufuoma McDermott, Uzor Arukwe, Enyinna Nwaigwe, Stanley Chibuna ‘FunnyBone’, Bolanle Ninalowo, Kiki Omeli, Ebele Okaro and Comedian Senator. Directed by John Njamah and edited by Raphael Aruwa, ‘Smàsh’ follows the hilarious adventures of five best friends- Somachi, Madu, Anayo, Somto and Hector, as they evade marriage, despite their individual success and the unyielding pressure that comes with being unmarried at their ages. The movie’s title is an acronym representing the first letter in the name of each lead character; Somachi, Madu, Anayo, Somto and Hector.

Is that the first movie you produced?
Yes, this is my first major cinema movie as a producer. But I have done stuffs for TV. I have my sitcom TV programme and I have other programmes like Red Carpet Vibes and other entertaining programmes. If you check my YouTube channel, Yaw Naija Entertainment, you will see loads of my produced content.

What should fans expect in cinemas?
It’s laughter all the way. By the time you check the reviews that people have written, they mostly say that it’s humorous. So fans should expect to be thrilled after seeing the movie.

How do you juggle between your OAP work, MC, voiceover artiste and acting?
Everything I do is time bound. In the morning, I am in the radio station from 6am to 10am. Then I go on set to film. As I am answering this question now, I am actually on set. Later in the evening, I do something else. And if I don’t have something else, I go home to rest. Compère jobs are majorly weekends. For voice over jobs, I can be here now and drop the voice or go into my personal studio at Surulere to do that. I work with time a lot.

What do you think has changed or improved from when you ventured into entertainment and today?
I started entertainment around 1995. Between then and now, a lot have changed. Then, there was no mobile phone and no social media like Instagram, WhatsApp, Facebook and Twitter. Now, the world is becoming a smaller village where you can reach anybody at any point in time and do stuffs that you have to do. I am not physically with you right now for this interview but we are practically doing this. It is just like comparing music between then and now. Then when Shina Peters reigned, there was no Twitter and other social media platforms, but he reigned everywhere. If there was Twitter and the likes that time, imagine what he would have done. A lot have changed and we are seeing a lot of improvement in the quality of our shows that we do like live shows, radio shows and movies; our scripts are also better; and we are already getting to that international standard of high quality entertainment. One major challenge we still face is that government is not helping us regarding piracy. I think government still has a lot to do for us.

When you ponder over the entertainment industry, what worries you most?
I think it is piracy. You put in an effort to produce a content and before you know it, it’s been pirated. As per training, there are those that are trained and those without training. The untrained ones that are there will definitely make you see the good qualities in those that are trained. But majorly, it’s piracy that is killing the entertainment industry.

How did you come about the name Yaw?
Over 13years ago when we started Flatmate series, I used to say ‘Uwa wu pawpaw mehn! Yaw!’ People started calling me Yaw everywhere I went to. When I did a song with Nigga Raw tittled ‘Abia Anthem’, in 2005, the name became more popularised. So, when I got to the radio and they told me that I have to pick a name, I said to myself, ‘why not use Yaw and save myself the stress of looking for stage name?’

How would you describe the persona of Steve and Yaw?
Steve Onu is more of a quiet, shy and reserved person. If you leave Steve Onu alone, he doesn’t wanna interact with anybody, he just wants to be all by himself and minds his business. But Yaw must be everywhere. Yaw must attend events, Yaw must talk and Yaw is an entertainer.

Having come from a large family of 10, was it a jolly ride or you struggled till you achieve stardom?
I grew up like every other kid born in the late seventies. My childhood experience started at Lawanson, Lagos. It was not an easy one for us. We used to stay in face me and slap you house. Growing up, I had discouragement from my parents over my career choice. I wanted to do art but they discouraged me thinking I would end up a useless person. Here I am today and I’m happy over what I turned out to be. I am not a star because stars are in the sky (chuckles). I just want to be me, do my job and make people happy which is the most important thing. So, growing up wasn’t easy. Those days when mothers talked to you with their eyes, you know what that means? I grew up having that kind of mother who talks to you with her eyes. And you know what? dem no born you well, make you say you no understand. It was a tough one and, her believing I was the black sheep of the family and nothing good would come out of me, so I decided to work extra hard.

Was there any moment you felt like giving up your dreams?
No, I never felt like giving up because I wanted to prove my mother wrong because she felt that I wasn’t going to achieve what I want to achieve. I have not achieved it yet though; I am still working towards it. But at some point, they make you feel as if you were just a useless person for wanting to do art. I was stubborn to my dreams and I told myself that I must achieve this dream. In life, the only thing I see is opportunity to make things right and not to give up.

Christmas is approaching with loads of fond memories. Can you recall some Christmas fond memories from your childhood?
Growing up, we used to travel to the east. We used to be seven traveling for Christmas. I remember that each time we were travelling, my mother would get stools and arrange them in the aisle (passageway) of the bus for some of us to seat. If you are familiar with The Young Shall Grow Bus Transit then, you will know what I mean. Christmas in the east was fun then. There was no kidnapping but things have changed. Back in the days, you would be happy to go and eat in your neighbour’s house and your neighbour’s kids would do the same.

People wonder if OAPs don’t run out of ideas. Where do you draw your daily inspiration from?
My ideas are street based. Basically what I discuss on radio are government issues. And there is always one thing or the other from the government. If they don’t come out with a funny policy, they are trying to protect some people, while some face punishment and all that. So, there are often lots to talk about and I always try to see humour in everything I talk about on radio.

What drove you to radio? Passion, money or both?
It wasn’t money. Like I said earlier, I said as a thespian, you have the ability to do a lot of stuff. Before Wazobia, I was doing this radio project with BBC called Story Story. Then Wazobia’s opportunity came. I was just doing it to while away time, not because of money. It’s more like something I was passionate about because I found out that if you place more priority on money in any job you are looking for, you won’t excel in it. For me, I wasn’t driven by money, I just want to entertain people and be happy.

Now in your forties, looking back from where you were coming from, would you say it’s been a successful career?
Yes, to a large extent. Before Wazobia came on, there used to be Radio Nigeria 3 in Lagos. However, a lot of people meet me today and say that I have helped to turn the face of pidgin on radio. I am not where I wanna be yet but to a large extent, I think I have been able to do something. I just thank God for where I am today, at least, I am not where I used to be even though I am not where I want to be yet.

How do you relax?
I watch Channels news. I am not a movie and football person. Basically, it’s all about news and watching comedy movies/shows.