The Debt Management Office (DMO) has advised the 36 states of the federation and the Federal Capital Territory (FCT) to take necessary steps to enact relevant legislations, policy frameworks as well as guidelines to equip the debt management units or departments in their respective jurisdictions.

The DMO’s call became necessary as the states’ debt stock grew by 111 per cent in four years.

The debt management agency also said that there was the need for governors and other public office holders to be diligent in spending government funds, asserting that public debt management is unique and dynamic, which made it imperative for the review of legal and institutional frameworks.

The DMO Director General, Ms. Patience Oniha, made the assertions in Benin, Edo State at a one-day sensitisation workshop on sub-national debt management for top policy makers in the South-east, South-south and South-west geo-political zones.

With the growth in the debt stock of state governments and the FCT, she said there was an urgent need to upscale debt management capacities, at the sub-national level.

She further noted that the workshop was targeted at top policymakers in the states and the FCT to increase their awareness on the strategic importance of effective public debt management and to solicit their support for actions, such as the enactment of laws and formulation of policies that are needed to ensure that public debt is sustainable.

‘’DMO in its capacity manages the federal government’s debt, while also collaborating with and having some oversight duty in the borrowing activities of the state governments. It is within this role that the DMO is partnering with the 36 states, and the FCT for the purpose of enhancing debt management policies and practices at the sub-national level.

“DMO’s two aim for its activities with sub-national governments are to build effective debt management institutions and facilitate the enactment of appropriate legislations on public debt management. “Borrowing is a beneficial fiscal tool for promoting growth and development. We know and have seen instances where the reverse is the case when debt becomes a burden,’’ she stressed.

The DMO chief executive stated that the most vital benefit of the workshop on sub-national debt was that it would improved economic health and development in Nigeria.

Declaring the workshop opened, the Edo State Governor, Mr. Godwin Obaseki, said borrowing was not bad, provided the money borrowed was used to provide basic infrastructure for the people.

Obaseki stressed that his state could still borrow if there was the need to do so, provided it is for the purpose of socio-economic and political advancement.

He disclosed that at present, Edo State does not owe any commercial banks, adding that the state was borrowing to mobilise contractors and suppliers for more infrastructure. 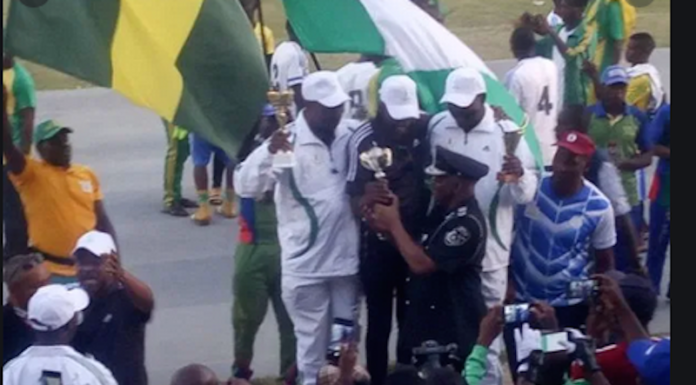