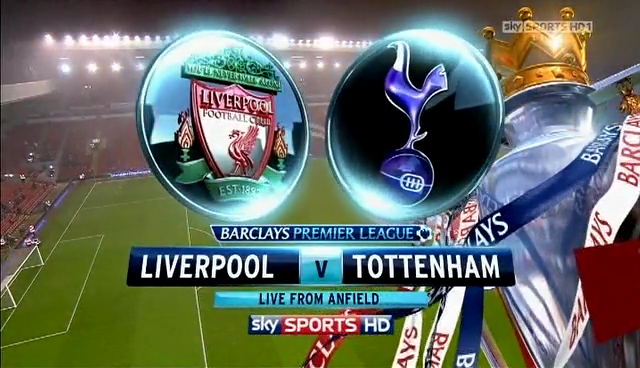 Mohamed Salah’s first-half goal gave Liverpool the win they needed to secure a place in the Champions League knockout stage.

Jurgen Klopp’s the Reds needed a victory with a clean sheet or by two clear goals to make the last 16 – and in-form talisman Salah obliged by beating Napoli keeper David Ospina at his near post in the 34th minute.

Liverpool fully deserved their victory as Ospina partially redeemed himself with fine saves from Salah and Sadio Mane, with the latter and Virgil van Dijk also missing clear chances to extend the home side’s advantage.

The clean sheet was the key, however, and Liverpool survived a huge scare in injury time when goalkeeper Alisson made a crucial save from Arkadiusz Milik in a rare Napoli opening.

Liverpool go through in second place behind Paris St-Germain – a feat achieved despite losing three away games in their group.

Salah started the season slowly after his stellar feats when he scored 44 goals last season – but he has stepped on the throttle in recent weeks and now looks like the player who destroyed defences in domestic and European competition last season.

The Egypt forward – fresh from a hat-trick in Liverpool’s 4-0 win against Bournemouth – made the difference here, admittedly with the help of a dreadful piece of goalkeeping from Ospina, and his pace, power and movement was often too much for the Italians’ defence to cope with.

It was all summed up in the goal as he somehow escaped the mountainous figure of Kalidou Koulibaly to make the decisive contribution.

Salah’s strike was even more significant as his fellow striker Mane, for all his tireless work, had a night in front of goal that he will not recall with pleasure.

Salah in full flight, along with his capacity to score crucial goals, is a threat to any defence and his influence will only grow as Liverpool continue their challenge for the Premier League and Champions League crowns.

In the Tottenham clash against Barcelona, Spurs, with one point from their first three games, needed to match or better Inter Milan’s result at home to PSV Eindhoven and were set for elimination after Mauro Icardi had levelled for the Italian club in the 73rd minute.

There was an agonising wait for Spurs before it was announced that Inter had failed to find a winner against Group B’s bottom side.

Tottenham had gone behind to Ousmane Dembele’s early strike but then peppered Barcelona’s defence with wave after wave of attacks, with both Harry Kane and Son Heung-min going close.

They finally made the decisive breakthrough five minutes from the end when substitute Moura, who moments earlier had a header cleared off the line, fired in.

Spurs become only the eighth side to qualify from the group stage after claiming only one point from their first three games.

Man City Down to 15 Men for Hoffenheim Clash

“We have 15 players available so I cannot do too much,” Guardiola told reporters when asked if he would make changes against Hoffenheim.

City are already through to the Champions League last 16, but they need at least a point to be sure of finishing as Group F winners, which could ensure an easier draw in the first knockout round.

“We are going into a really tough game. We are in the next stage and that’s important but we want to go through finishing first.

“If you finish first or second the last 16 is tough but to play at home (in the second leg) is a small advantage.”

Guardiola’s injury problems come after City suffered their first Premier League defeat of the season at Chelsea on Saturday, a setback that saw Liverpool move above them into top spot in the table.

Spanish midfielder Silva was substituted at Chelsea with a hamstring injury and Guardiola said he faces “a few weeks” out.

Argentina forward Aguero, who has missed three games with a groin problem, could return to face Everton on Saturday.

Robben, 34, has been out injured since scoring twice in a 5-1 win over group rivals Benfica last month and has yet to fully recover.

Robben, who scored Bayern’s winning goal against Dortmund in the 2013 Champions League final, confirmed in Monday’s edition of magazine Kicker that he will quit the Bavarian giants at the end of the season.

Bayern, who sit top of Group E on 13 points, need just a point at Amsterdam Arena today to qualify for the last 16 as group winners.

With a two-point deficit to Bayern, a win for Ajax would see the Dutch giants finish top of the group.

As well as Robben, injured midfielders Corentin Tolisso and James Rodriguez have also been left off Niko Kovac’s matchday squad.

The WBC has since sanctioned a direct rematch after a “unanimous agreement” in a meeting of the board of governors.

“They’re definitely begging now. His management have been trying to reach out to mine all of a sudden,” Wilder told Joe Rogan’s podcast on Monday.

“But people want to know who’s the best, especially after seeing this Fury fight, and I’ve been trying to show people who is the best. I’m always going to say I’m the best until I’m defeated.”

A bout between WBC champion Wilder and Joshua – who holds the IBF and WBO, WBA belts – would unify the titles in the heavyweight division.

The 29-year-old British boxer is yet to confirm an opponent for his next fight on 13 April at Wembley Stadium, with Hearn saying “it comes down to what Wilder wants to do”.

“Wilder is our absolute first and golden choice,” Hearn said.

“Anthony will then become undisputed champion and then I think it’s only right Fury gets his shot as well.”