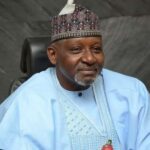 The Peoples Democratic Party (PDP) has demanded for the immediate and unconditional release of its chieftain, Dr. Doyin Okupe, by the Economic and Financial Crimes Commission (EFCC).

In a press statement issued in Abuja Tuesday by Kola Ologbondiyan, the party’s spokesman, PDP described Dr. Okupe’s arrest and detention as an “act of intimidation and harassment” by the Muhammadu Buhari-led presidency — in its bid to browbeat the opposition and dissenting voices in the country, ahead of the 2019 general election.

“This arrest is part of the grand plot to escalate the clampdown on opposition leaders, in an attempt to cow and subjugate them as the elections draw nearer, a scheme the PDP had since alerted the nation about.

“The PDP invites Nigerians to note that the EFCC was unleashed on Dr. Okupe with fabricated charges, just because of his criticisms of the misrule of the Buhari administration, particularly, his last Wednesday’s demand to the Independent National Electoral Commission (INEC) to declare President Buhari as not validly nominated as a Presidential candidate for the 2019 elections”, the party alleged.

The opposition party added that since his comment, Okupe had been threatened, harassed and his home raided by officials of the EFCC last Saturday over claims of cyber stalking, which they could not substantiate, and only for the commission to arrest and detain him on Monday.

According to the party, “It is indeed unfortunate that the EFCC, under President Buhari, has been turned to a militant wing of the All Progressives Congress (APC) to hound, intimidate, harass and even extort money from opposition leaders and other Nigerians perceived to be opposed to Mr. President’s ill-fated re-election bid.”

The party alleged that the EFCC had been compromised by the Buhari Presidency, wondering why it has not invited or even questioned officials of the Presidency and National Chairman of the APC, Adams Oshiomhole, over allegations of corruption.

PDP further asked, “Why has the EFCC not invited the former Secretary to the Government of the Federation, Babachir Lawal, and President Buhari’s close relatives, who were recently mentioned by a suspect, Amina Mohammed, as being involved in serial looting of public resources?”

The party said that instead of using their so-called technology and intelligence to “harass and extort money from innocent, harmless and law-abiding citizens”, EFCC officials should join the security agencies and deploy their technology in the fight against terrorism in the North East.

It cautioned the Buhari-led Presidency over its resort to “wicked politics” of chasing after opposition leaders and their family members as such will not save the President from the resolve by majority of Nigerians to vote him out of office and elect Atiku Abubakar, come 2019.