Aisha Buhari: My Husband Suffered from PTSD for Many Years 7 hours ago 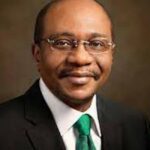 2019: Despite Presidential Veto, INEC Forecloses Use of Incident Form

The Independent National Electoral Commission (INEC) has said despite the refusal of President Muhammadu Buhari to assent to the Electoral Act (Amendment) Bill 2018, which makes the use of card reader mandatory, the 2019 elections will not be conducted with incident form.

INEC’s assurance is coming as the Peoples Democratic Party (PDP) Presidential Campaign Organisation has said the use of incident form in the impending general elections would be unacceptable to it.

The electoral body, however, said the rejected bill would have addressed the controversies that trailed the 2015 exercise especially the place of technology and others that the amendments seek to address.

Responding to THISDAY enquiry yesterday, INEC’s Director of Voter Education and Publicity, Mr. Oluwole Osaze-Uzzi, said the presidential veto has created no lacuna in the electoral legal regime, explaining that the Electoral Act 2010 as amended in 2015 would be the operative law.

According to him, “While it may be better to have the necessary amendments to avoid some of the controversies that trailed the 2015 exercise, especially the place of technology and others the amendments seek to cure, we can still have good elections with the extant act as we did in 2015, which were adjudged free, fair and credible.”

In separate letters dated December 6 titled, ‘Presidential Decision to Decline Assent to the Electoral (Amendment) Bill, 2018’, addressed to the President of the Senate, Dr. Bukola Saraki, and Speaker Yakubu Dogara of the House of Representatives, Buhari explained that he was declining assent “principally because passing a new electoral bill this far into the electoral process for the 2019 general election, which commenced under the 2015 Electoral Act, could create some uncertainties about the applicable legislation to govern the process.”

The president also listed four provisions of the bill that required drafting amendments by the National Assembly. They include Section five of the bill amending section 18 of the principal act, which should indicate the subsection to which the substitution of the figure “30” for the figure “60” is to be effected and Section 11 of the bill amending Section 36 should indicate the subsection in which the proviso is to be introduced.

But the PDP presidential campaign said the use of incident form would not be acceptable to it in 2019.

One of the spokespersons, Mr. Segun Sowunmi, said that outpouring of goodwill by Nigerians since the PDP started its zonal presidential campaigns was an indication that the All Progressives Congress (APC) could not win the election in a free and fair contest.

He stated, “I want to tell INEC that it is a major unacceptable embarrassment that the business of incident forms will now take precedence over the card reader.

“Card reader is what must be encouraged to be the only thing that will be used for the 2019 elections. But how can we trust the integrity of the process if it is compromised by incident forms and underage people voting.”

Sowunmi insisted that the 2019 elections should be a celebration of the development of the country’s democratic journey, which he said could only be achieved if INEC conducts free, fair, credible and transparent elections in 2019.

An online newspaper at the weekend reported that at least 13.5 million Nigerians voted manually, without biometric accreditation, in the 2015 presidential election, according to data from INEC, part of the problems the amendment bill seeks to address.

The data, obtained by DeepDive Intelligence, shows that Buhari, candidate of the APC, won in nine of the 10 most-affected states, notwithstanding that the non-use of PVCs during the poll cut across all the political parties’ strongholds.