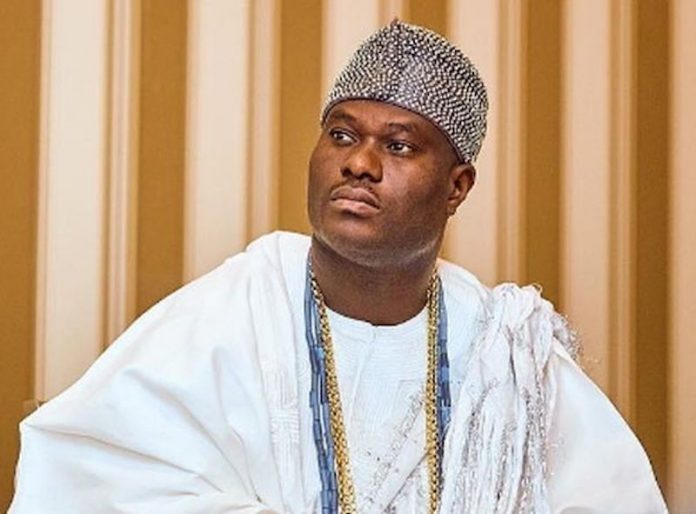 The Ooni of Ife, Oba Adeyeye Enitan Ogunwusi, Ojaja II, has charged Nigerian youth to brace up and take full responsibilities in the polity, stating that the country belongs to them.

Speaking in his palace ahead of Queen Moremi Cultural Pageant finals, Oba Ogunwusi noted that youths are the leaders of tomorrow and should not be complacent.

According to him, “Reason for empowering the youth is that clearly, the future belongs to them. I see myself a lot in them and I live on this throne for them all across the whole length and breadth of Nigeria.

“My major wish is that someday the youth of this country will rise up to the occasion of how they will claim their right and take full ownership of what belongs to them – the country, Nigeria.”

Meanwhile, the Ooni will tomorrow lead an array of traditional rulers, cultural enthusiasts and notable personalities in the country to Abeokuta, the Ogun State capital to witness the Queen Moremi Ajasoro cultural pageant final.

The much anticipated finale of the cultural event to be hosted by Mrs. Olufunso Amosun, wife of Ogun State Governor, is termed by culture scholars as the greatest cultural reawakening pageant to relive the legacy of a popular Yoruba heroine, Queen Moremi Ajasoro.

Mrs. Amosun, who incidentally is the model of the living ‘Queen Moremi Ajasoro’ with a book and a plaque dedicated to her name by the Ooni, is hosting the 3rd edition to show her support and commitment to uplifting the Oduduwa cultural heritage of Yorubaland and the legacy of the heroine.

About 400 contestants were drilled in an audition that produced 40 candidates who went to camp for the cultural orientation. While in booth, the ladies were exposed to camp life and cultural values by seasoned cultural experts and about 20 disqualified contestants were evicted, leaving 20 for the finals.

The cultural pageant, which started three years ago, was initiated by the Global Cultural Ambassador to Queen Moremi Ajasoro (QMA), Princess Aderonke Ademiluyi, under the auspices of the House of Oduduwa Foundation and the Ooni’s palace.

Two Queens had graced the throne since inception thus, becoming QMA cultural ambassadors while several others also benefited from the foundation’s humanitarian and empowerment initiatives.

With Miss Blessing Animashaun becoming the first Queen Moremi model and Miss Oluwatosin Shittu, the second, the current edition will produce a queen that will be the Moremi torchbearer for the next one year alongside other non-winners, benefiting from the foundation’s empowerment programmes.

Recall that last year, one of the contestants, Damilola Falodun, who did not make it to the finals was immensely rewarded with an empowerment benefit. Having impressed and endeared herself  to the Ooni’s heart with her heart-touching story of how she lost her parents, dropped out of school and had a terrible experience as a slave servant in Oman in the Middle East, the Ooni adopted her and offered her a scholarship to continue her University education. The lucky lady, who is in her 2nd year in the University, is also employed as senior personal assistant to the General Manager, Ife Grand Resort and Leisure, Osun State.

Princess Ademiluyi said “This year, we intend to empower two more young ladies, who will not win the crown, but QMA will impact on their lives immensely too. It has always been Ooni’s idea since he mounted the throne to impact the youth positively. The Moremi legacy also continued with a stage drama that will be coming in December’ 2018 to January, 2019. All these among other things are what House of Oduduwa is doing to give life a meaning and engage the Nigerian youth positively.”

Prince Jide Fadairo, Chairman, House of Oduduwa Foundation, also added his voice, saying: “The Moremi pageantry is an attestation to upholding that Yoruba heritage, and this also is to reiterates the importance of the heroine’s legacy so that she will not go into extinction. It’s part of our history and we must always project it. The Yoruba history in terms of Moremi’s contributions would not be forgotten.

“The significance of hosting this year’s finals in Ogun State is nothing peculiar, for the fact that Ogun is part of Oduduwaland by extension. It is also a good intention of the First Lady of Ogun State, to have accepted to host this year’s event after last year’s edition in Lagos. The idea is to move the pageantry to every different regions of the Oduduwaland from time to time so that all Yorubas will well imbibe that part of our history.”

editor - April 6, 2020 1:13 am
15
BY IJEOMA NWOGWUGWU (BEHIND THE FIGURES) So much has happened since the outbreak of the novel Coronavirus, labelled by scientist COVID-19 because of the year... 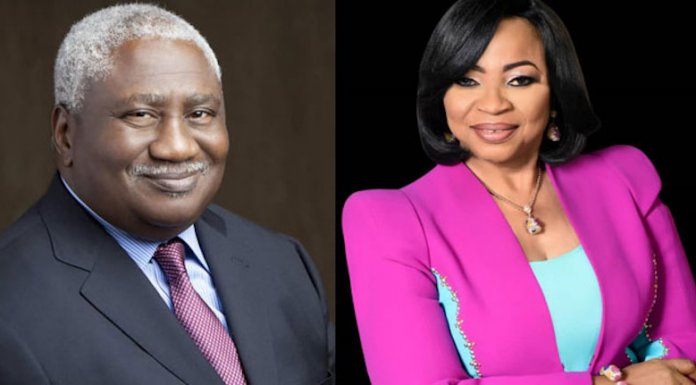