When a father continually denigrates his daughter in the presence of potential suitors, he should never lament if the daughter couldn’t eventually bring home any ‘Romeo’. Even if the daughter is a certified slay queen, the father shouldn’t consistently and persistently bring out her flaws at any given opportunity. It is the duty of a good father to cajole his audience by presenting her daughter in good light with the hope that the daughter would be remorseful and smart enough to behave herself when she eventually gets married. It is the duty of that good father to hope that her daughter’s initial behaviour is due to youthful exuberance associated with growing up, and not to condemn, especially her tantrums, publicly.

But our President, General Muhammadu Buhari, is not behaving like a good father. He prefers to wash his ‘daughter’s’ dirty linen in public, even when the discussion is not about laundry. He continually veers off the lane of discussion he’s been asked to take and go on a high lane – a lane that is at variance with his real route. What has been his stock-in-trade since he mounted the saddle of Nigerian leadership in 2015, played out again this past weekend in Paris, France.

The gathering of the world leaders is about finding solution to the myriads of conflicts raging virtually in every corner of the world and proffering ideas for world peace. Instead of expressing concern about the security situation and the challenge he is facing about Boko Haram – officially, the third deadliest terrorist group in the world, and solicit for the assistance, my President went about painting Nigeria and Nigerians in his favourite colour – corruption. He said, “corruption and fraudulent activities generate enormous unlawful profits in Nigeria, which prove so lucrative that the threat of a jail term is not sufficient to deter perpetrators.”

As we all know this is not the first time President Muhammadu Buhari, will go abroad to demarket the country and her citizens. We can easily recall his attestation to the ingenious description of Nigerians being “fantastically corrupt” by the former British Prime Minister, David Cameron. Instead of challenging Cameron on this damning verdict on Nigeria, my President just sat there giggling, nodding and blushing like a girl on her first date with her crush. He then went on another trip abroad to describe Nigerian youths as “lazy”. On another trip, he consigned Nigerian women to “the other room”.

Meanwhile, back home and not to be outdone by our President in the quest to continue the ‘de-marketisation’ of the country, the Permanent Secretary in the Federal Ministry of Health, Abdulaziz Mashi Abdullahi, gleefully announced to the whole world that “an estimated 40 million Nigerians are suffering from mental disorders”. In other words, since our population is close to 200 millions, it means that one out of every five Nigerian, is mad! Does Abdullahi know the implication of his statement? Let’s estimate that the strength of people working in Aso Rock Villa, the seat of Government is say, 200 work-force, it follows from Abdullahi’s assertion that Mr. President is surrounded by at least 40 mad people.

You know what, I think Abdullahi might just be right. Afterall, he is the Permanent Secretary in the Federal Ministry of Health. Come to think of it, his assertion may justify the behaviours of some of us these days. Check out my family for instance. I easily pick quarrel with my wife over very important issues like, why she put my slippers under the bed instead of under the table. My children pick quarrel with their mother over her life-changing decisions like, serving them ponmo instead of fresh fish in their soup. Poor woman. I think, she is the only sane person in my household! And we are only five. My family has reversed the national average of one mad person in five, to one sane person in five. And if we dig deep, we may find that my family’s example could be replicated in millions of families across the length and breadth of Nigeria, which in effect would mean Abdullahi might have under-calculated the national insane index.

On a more serious note, does this government, beginning with its head, President Muhammadu Buhari love Nigeria and Nigerians?. Why does it have this penchant for denigrating us in the eyes of the world? Was it a crime to have elected Buhari as President in 2015?. He is the only one that is clean. He is the only one that is upright. He is the only one that is sane. Meanwhile, right under his nose, his erstwhile SGF cut grass with N200million. His Minister of Communications admitted violating the provisions of the law when he did not participate in the mandatory National Youth Service, yet he remains a Minister. One of his Special Advisers was found to have forged the certificate that enabled his admission into the university to read Law, yet he remains his Adviser. His deputy, the Vice President is alleged to be involved in a N5.8billion scandal and had even been indicted by the House of Representatives on the issue, yet no word from Mr. Integrity. Every index points to the fact that Nigeria is in serious trouble – we are the poverty capital of the world, over 10 million jobs lost since 2015, the Boko Haram menace refuses to go. Instead of appealing to the conscience of world leaders and cry out for help, he and his team prefer to play to the gallery.

However, the onus is on all Nigerians to take our destiny in our hands and vote Buhari out in the 2019 presidential election, otherwise we may be confronted with the possibility of having 200 million mad Nigerians. 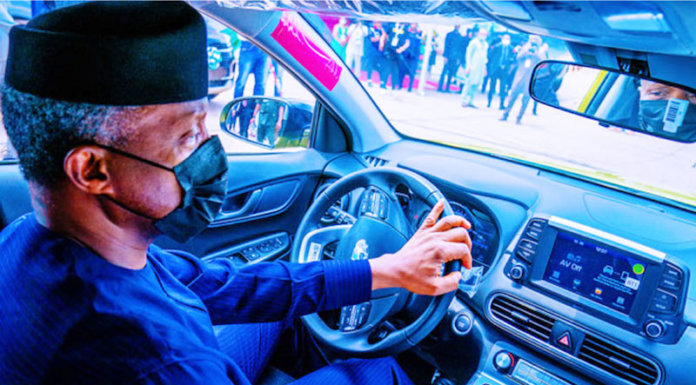