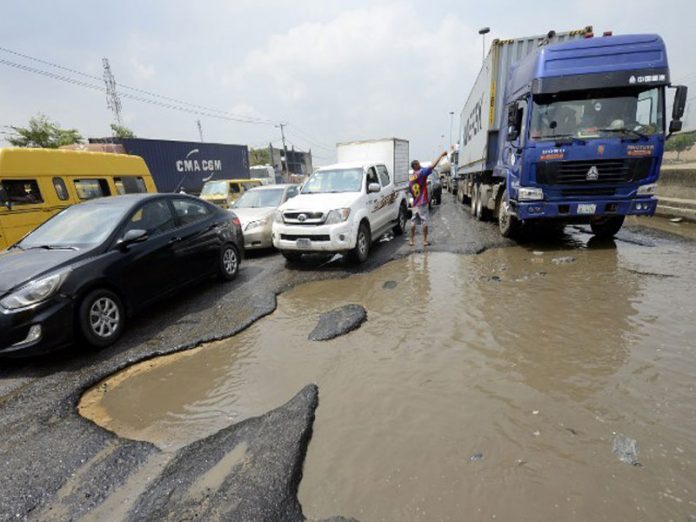 Despite promise by the past managements of the Nigerian Inland Waterways Authority (NIWA) to fix roads linking river ports in the country, THISDAYS findings have revealed that bad state of the road leading to the Baro river port, Niger State is threatening the completion of the project.

The complex, which was awarded at N2.5billion while the cargo handling equipment worth about N1.5billion was completed in 2016, is yet to be commissioned.

Also, some cargo handling equipment are yet to be installed due to the bad condition of the road leading to the port.

The former acting Managing Director of National Inland Waterways Authority (NIWA), Mr. Danladi Ibrahim said in a chat with journalists recently that the Baro river port Niger state, had been completed and was ready to start operations.

The N3.5 billion Baro River port awarded under the administration of former President Goodluck Ebele Jonathan between 2011/12 at a cost of N2.563 billion to Messrs CGGC Global Projects Limited.

However, since the completion, the contractor handling the installation of Cargo handling equipment has not been able to deliver it due to the bad state of the roads.

It was gathered that no one could access the river port by road as it has been cut off by gullies which made the road un motorable even by motorcycles.

For instance, the access road leading to the river port from the Gegu express way in Kogi State is not motorable and requires urgent rehabilitation by the federal government if the project is to be of any economic value to the nation.

The Managing Director of First Index Nigeria Limited, the contractor handling the installation of the Cargo handling equipment at the River Port, Mr. Opeyemi Olabanji explained that they are going through serious challenges because of the deplorable condition of the access road.

He said they cannot move their cranes and other cargoes to the port, noting that the cargo handling equipment are very heavy and the trucks carrying the equipment cannot pass through the bad road.

He, however, hoped that the federal government will see the need to urgently fix the road for the interest of the nation and for evacuation of the handling equipment to the river port.

Olabanji, however, urged the federal government to commence permanent solution to the dilapidated access road if it wants the river port to be in proper use and contribute to the development of the country.

He said: “I commended NIWA for the palliative measures they are putting to make sure the equipment arrives at the river port but emphasis must be made for a lasting solution to the deplorable condition of the road. Baro River Port, which is considered as the flagship port of the Northern part of the country cannot function as it is now.”
A top management staff of NIWA had told newsmen that the port has remained unused because of the bad state of the road.

According to him, “Much fund has been invested in the Baro River Port project running into over N3.5billion. It is embarrassing that the port still remains unused, simply because the major road leading to the port is impassable.”
He, however, urged the federal government to urgently ensure that the road is captured in the 2019 budget of the country to allow the river port to be put in proper use and halt the deterioration.

When contacted, the General Manager, Corporate Affairs, Tayo Fadile confirmed that the River Port has been completed in 2016 but has become un accessible due to the bad state of the road.

Specifically, he said:”The Baro River Port has been completed for two years running now and the river port itself has continue to deteriorate due to lack of use of the port complex.”