The All Progressives Congress Presidential Campaign Council has said that it did not plagiarise its #Nextlevel campaign logo.
There had been an allegation that the APC’s new campaign logo launched last weekend with fun fare was a plagiarised version of Rex institute’s education programme logo.
The ruling party has been criticised by the opposition, particularly the Peoples Democratic Party (PDP), which accused the APC of plagiarism.

However, the APC Presidential Campaign Council has dismissed the allegation, describing it as “useless, nonsensical” and of no consequence.
Speaking with THISDAY Thursday morning on telephone, the Spokesman of the Campaign Council, Festus Keyamo, said there was no similarity whatsoever in the logo as was being alleged.
He said: “It is not an issue worth responding to. It is very nonsensical. We have released our campaign brochure and showed the whole world our brochure with the logo on it that had nothing to do with any American institute, whatsoever.
“The arrow comes from the X not from the V, whereas in the American brochure, the arrow came from the V. So there is no similarity in colour, design or anything at all,” he said.

He chided those he accused of being behind the allegation, especially the PDP, of trivialising the essence of campaign which is to raise issues pertaining to the progress and wellbeing of Nigerians.
Keyamo had, while defending the APC and Buhari over the issue on a television programme, alleged that the supporters of the opposition PDP were responsible for the ‘pseudo’ logo circulated on the social media. 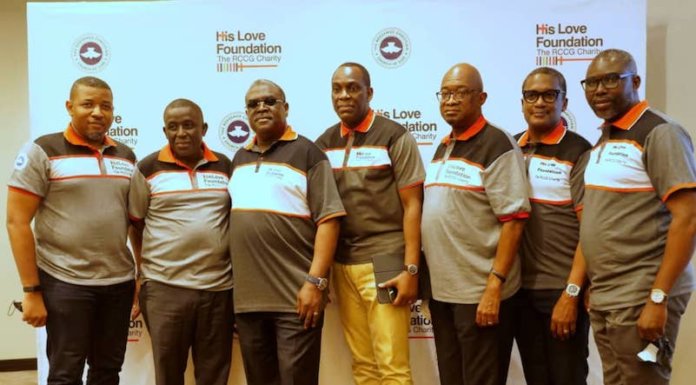