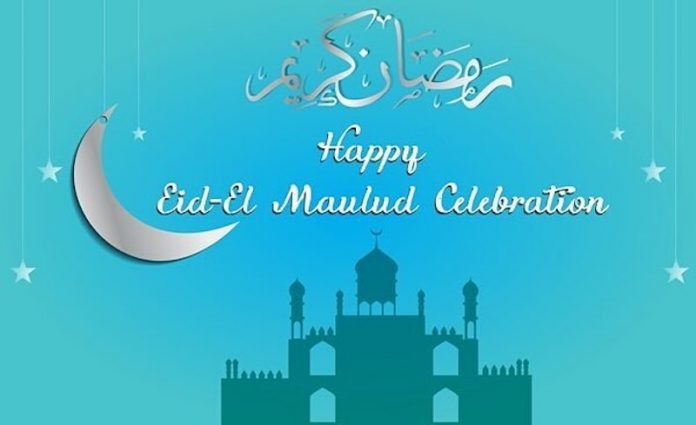 Deji Elumoye in Abuja and Ugo Aliogo in Lagos

As Muslims in Nigeria join their counterparts the world over to commemorate the Eid Maulud, the birthday of Prophet Muhammad, President Muhammadu Buhari; President of Senate, Dr. Bukola Saraki; Speaker of the House of Representatives, Yakubu Dogara; Deputy President of the Senate, Senator Ike Ekweremadu; Ogun State Governor, Ibikunle Amosun and his Delta State counterpart, Ifeanyi Okowa, have called on Nigerians to close ranks and work for a country where every man is his brother’s keeper.

In his message signed by his Special Adviser on Media and Publicity, Femi Adesina, President Buhari said the nation is making great progress under the APC-led federal government in dealing with issues of security, the war against corruption, the reform and restructuring of the economy and the provision of needed infrastructure but to be fully successful, the country needs the support and prayers of all citizens.

He also asked for prayers for the nation for peaceful electioneering as we embark on the journey to democratic elections in the New Year.
Saraki, on his part, urged Nigerians to use the opportunity of Prophet Muhammad’s birthday celebration to show love to one another and imbibe the virtues of perseverance and restraint.

The Senate President while congratulating the Muslim Ummah on the birthday of the Holy Prophet emphasised that the occasion should inspire Nigerians to renew their belief in the Almighty Allah and the country.

Saraki charged Nigerians, particularly Muslims to always emulate and promote the virtues of Prophet Muhammad which include honesty, love for others and peaceful co-existence, saying “He, Prophet Muhammad preached and lived for peace and was revered and widely followed for his honesty and perseverance”.

The Maulud, according to him, would not have come at a better time than now when the country is about to conduct elections, adding that “this year’s Maulud has come at the most appropriate time for Nigerians to use it in praying for peaceful, free, fair and credible elections.”
On his part, Dogara called on the Ummah to replicate in their lives, the virtues of righteousness, honestly, charity and peaceful coexistence as exemplified by the prophet.

In a statement issued by his Special Adviser on Media and Public Affairs, Turaki Hassan, the Speaker said the celebration of Maulud is an opportunity for the adherents to renew faiths, rejuvenate their spirit and engender love in the society.
“The life of Prophet Muhammad and his teachings on piety, unity, charity, peaceful coexistence and good neighbourliness should serve as a lesson and guidance as we march towards building a nation of our dream”.

In his message, Ekweremadu called for peaceful prayers towards 2019 general elections and charged politicians to play by the rules and highest democratic ethos.
He said: “As the nation joins the Muslim Ummah around the world to mark the birth of the holy prophet, let all compatriots rededicate themselves to the path of peaceful coexistence, unity, love, forgiveness, and tolerance to build a Nigeria of our dreams.

“I urge our Muslim brethren to pray for unity and peace in the country as well as a peaceful general elections in 2019.
“I also call on the political elites to eschew any utterances and actions capable of undermining peaceful and credible elections. Let the campaigns be issues-based and a rich marketplace of ideas and plausible alternatives for the peace and development of the country.”

On his part, Amosun, in a statement signed by the state Commissioner for Information and Strategy, Otunba Adedayo Adeneye, said in the midst of the celebration, Muslims should also pray for the nation and the leaders.

“As we rejoice in celebration of the birth of Prophet Mohammed, let us be mindful of the need to pray for peace and unity among the citizens, which form the fulcrum for the progress of our dear country.

“It is not coincidental that this is coming in the build up to the 2019 polls, but a divine arrangement, to give us the opportunity to lift up our voices in supplication to Allah, for guidance in the choice of our leaders,” Amosun added.
The governor also called on Nigerians to continue to live in harmony and tolerant of each other, irrespective of religion, tribe and language.

For Okowa, Muslims need to offer prayers for peaceful conduct of the 2019 general elections.
In a statement by his Chief Press Secretary, Mr. Charles Aniagwu, the governor enjoined Nigerians, and Deltans especially Muslims to use the celebration as a period of sober reflection and pray for the peace and unity of the country especially as we are entering an election year.

The governor also advised Muslims to use the period to reflect on the challenges bedeviling our country and share with one another, to spread the virtues of peace, love and charity which the Holy Prophet represents.

He enjoined Muslims to follow the exemplary leadership of the Holy Prophet Mohammed by promoting and ensuring peaceful co-existence within the society.
While urging Nigerians to eschew ethnic, political and religious tendencies in all their dealings, he urged them to work towards building a secured and prosperous nation.