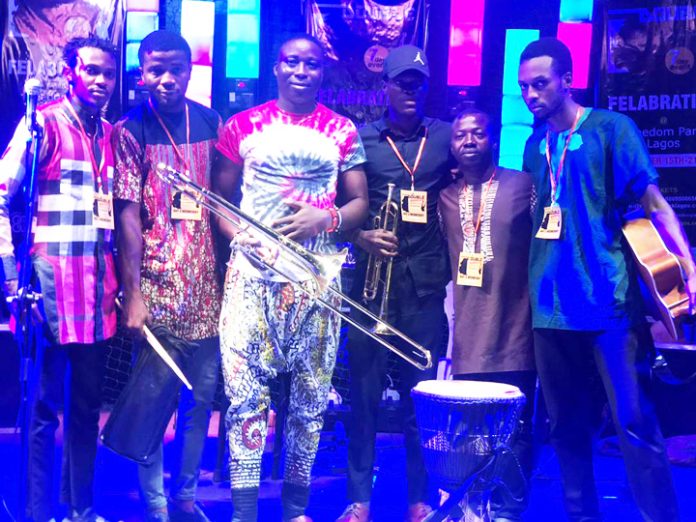 Oluwafemi Akinbodunwa, popularly known as Femi Slide, is an Afro Beat musician who combines his musical skills with being a Trombonist. He performs different genre of music such as Jazz, Afro Funk, Highlife and he is admired as a fantastic vocalist. Femi Slide has performed at international concerts, produced albums and live recordings with acts such as Seyi Sholagbade, Bisade Ologunde (Lagbaja), Jesse King, Charly Boy, Waje, MI, Mike Aremu and with a host of a mix of home and foreign acts. He was everyone’s desire at the recently held Felabration in Lagos where he played in his top-notch style and class. From international Jazz Festivals and more, Femi continues to serenade everyone with his performances as he targets a much wider audience.

He and his band were also recognised with the Afro Contemporary Award for their incredible performances on their tour in South Africa in 2016. Right now, he is set for tours in Europe and United States next year, as a recognised outstanding African art/group of the year, performing in African traditional songs and dance.

Aside from singing, Femi Slide is also a songwriter, a coach and an instructor in African traditional music. His music has influenced both Africa and international scenes, giving back to the society through his music.